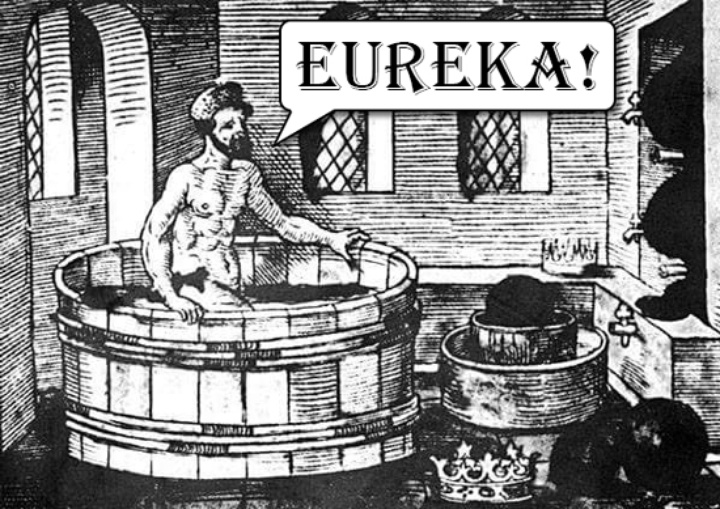 Archimedes totally got it.

Local legend has it that Humboldt County boasts more artists per capita than anywhere else in the state, if not the nation.* And now the county seat is looking for ways to highlight that creative streak with a strategic arts plan.

Eureka officials are asking for the public’s help in selecting from a series of ideas for new art installations — ideas gathered through a series of meetings with local stakeholders and “the movers and shakers of the arts and culture community,” said Community Development Director Rob Holmlund.

Here are just a few of the suggestions gathered thus far:

On Wednesday evening at the Wharfinger building the City’s Arts and Culture Commission is hosting a public meeting to explain a bit more about the strategic arts plan, answer questions and get the public’s help in prioritizing the projects.

Smartass suggestions for, say, tweaker sculptures or homeless face painting will be reluctantly accepted in the comments section below. For those with better ideas, click here to see the flier, and see the City’s press release below:

On December 7th from 5:30-7:00 pm the Eureka Arts and Culture Commission will be hosting an interactive workshop regarding the Strategic Arts Plan at the Wharfinger Building in Eureka. This Strategic Arts Plan will guide City efforts on arts and culture over the next three to five years, and the Commission and City Staff are looking for feedback from the greater Eureka community. Pizza and beverages will be provided.

Through interviews and focus groups, the Arts and Culture Commission has worked in partnership with City Staff to assemble a list of projects and initiatives ranging from street trees and statues to painted utility boxes.  All are welcome to give feedback on current projects and put forth new and innovative ideas that could be implemented in Eureka.

The workshop will begin with an interactive discussion of potential projects with photographic examples from other Arts-friendly cities, followed by a series of voting exercises that will allow participants to choose the projects they would most like to prioritize in Eureka. The event will also have a pubic Q & A and a group breakout session where participants are encouraged to share ideas with other participants, commissioners, and staff.

*Supporting documentation for this claim has been entrusted to Bigfoot.