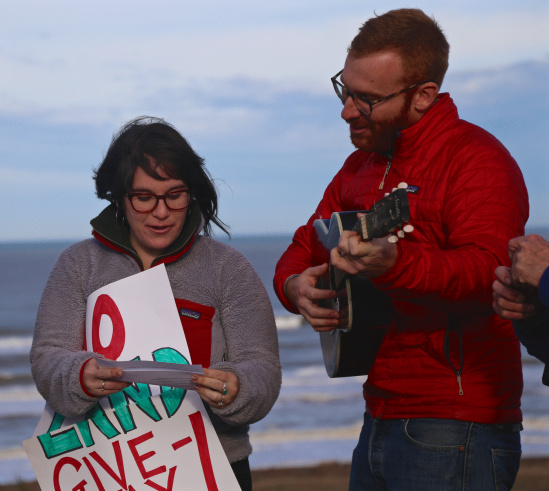 “There was a big high wall there that tried to stop me
Sign was painted, said ‘private property’
But on the back side it didn’t say nothing
This land was made for you and me”

-Excerpt from “This Land is Your Land”

It took them a little while to find a common key during their obviously unrehearsed version of “This Land is Your Land,” but the group of public land-lovers who gathered on the windy bluff overlooking the Mike Thompson Wildlife Area Wednesday morning were unified in their message: This land was made for you and me. 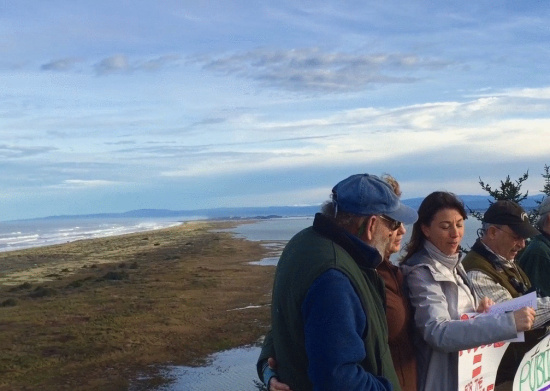 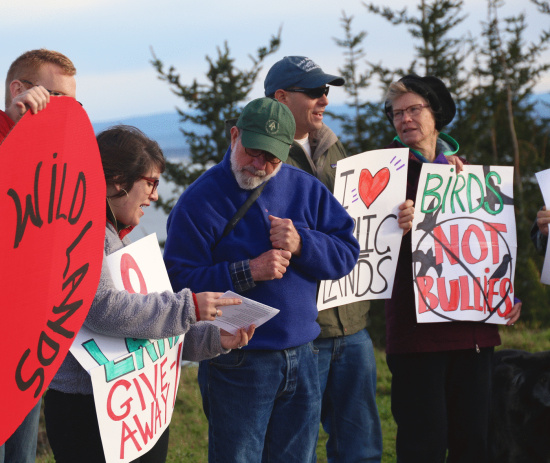 The timing of the temporary occupation of Humboldt Bay’s south spit, as you probably guessed, was planned as a way to provide response to the pocket-Constitution-toting Bundy militia which continue to squat nearly 500 miles away in the Malheur National Wildlife Refuge near Burns, Oregon. The gathering was jointly organized by local environmental groups Environmental Protection Information Center (EPIC), Humboldt Baykeeper and the Northcoast Environmental Center (NEC).

“We are taking over the Mike Thompson Wildlife Area to express our love of their lands and our appreciation that they are held in trust for all persons,” said Natalynne DeLapp, executive director of EPIC, in an advance press release inviting people to the rally. 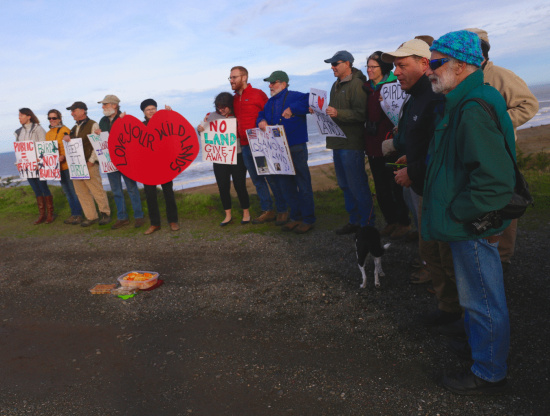 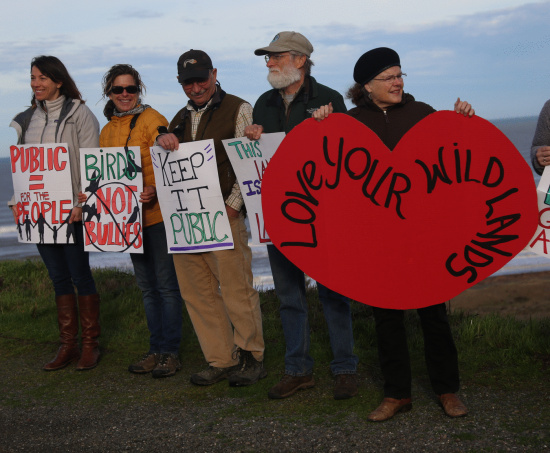 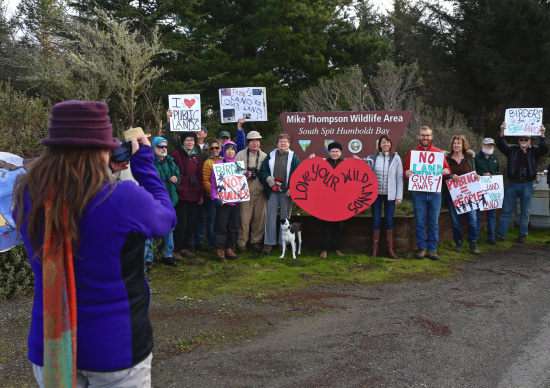 The love flowed Wednesday in the form of signs, song and snacks — the latter of which has famously been in short supply for the Bundy crowd. The Humboldt enviro crew shared muffins and orange slices. While the message of some signs were unquestionably Burns-inspired — “Birds Not Bullies” — the majority were positive in nature.

“Unlike the folks up in Burns, Oregon, we are here because we love public lands,” said rally organizer Tom Wheeler, program and legal coordinator with EPIC, who noted similar events have taken place in recent days across the country. “We’re here to celebrate them.”

Wheeler grew up in Washington state, frequenting national parks and forests with his father. He has fond memories of walking the beaches of Olympic National Park and stargazing in Snoqualmie National Forest. As such, when he heard the news of the Malheur National Wildlife Refuge occupation, he felt as though something was being personally taken from him.

“It was like a punch in the gut. These feel like my lands and so it kind of felt like, if you’ve ever been burglarized, that feeling of being personally wronged,” Wheeler said. “They were taking my stuff!”

The Humboldt occupiers merely borrowed our stuff. After enjoying the views of the ocean and bay (and those snacks), the group dispersed after less than an hour. 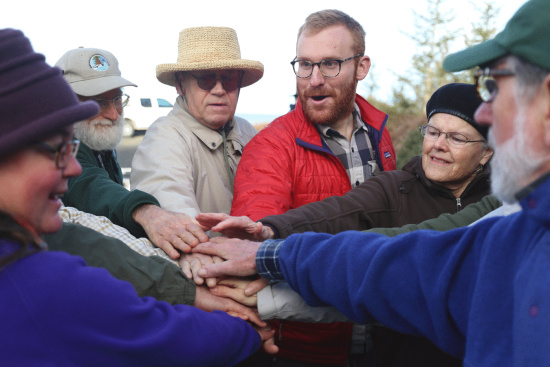 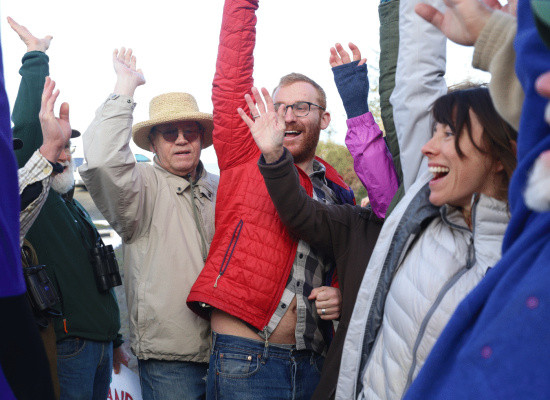 And now, the Mike Thompson Wildlife Area Singers’ ramshackle rendition of “This Land is Your Land.”