« BOLO: A Group of Trimmers Allegedly Rob, Murder Laytonville Grower, Make Off With More Than 100 Pounds of Weed

SCENES FROM THE NEW ZEALAND EARTHQUAKE: Someday This Will All Happen to Humboldt

Correction: A mislabeled video was previously added to this post which depicted a quake from a few years ago in the same region. The video has been removed.

A 7.8 magnitude quake and a series of powerful aftershocks rocked the island nation of New Zealand early this morning.

The New York Times reports that the quake produced tsunami waves which raised sea levels by six feet in some areas.

The epicenter of the quake was located roughly 50 miles from the populated city of Christchurch, home to roughly 364,000 people. However, only two deaths have been reported nationwide.

This is a sobering reminder that Humboldt County also resides on highly active faults, capable of producing equally powerful quakes.

Learn how to prepare for the next big one by reading Humboldt State’s informative earthquake-safety guide “Living On Shaky Ground.”

Read about the more technical stuff in this USGS report: 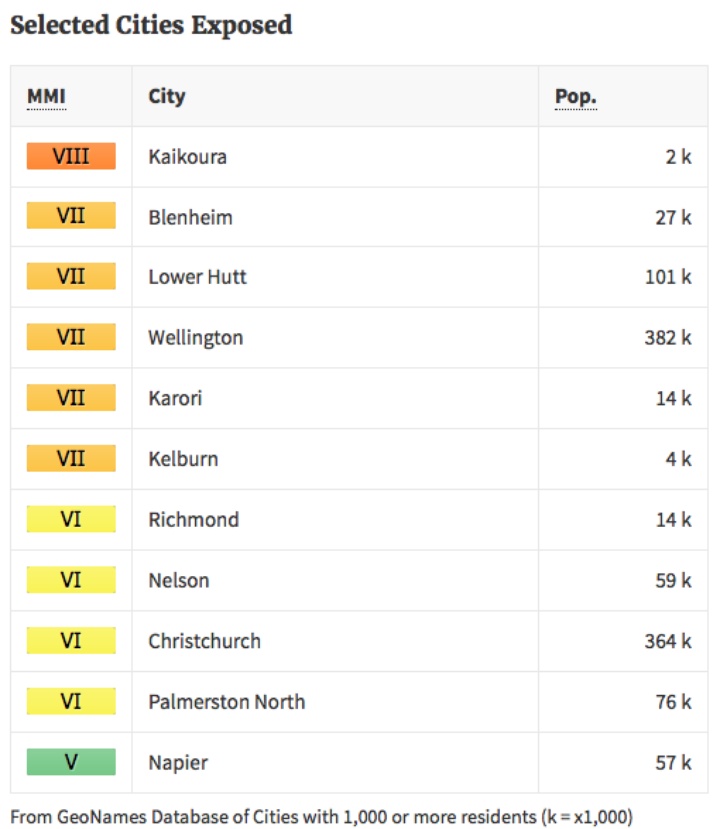 Infographics provided by the USGS.

The November 13, 2016 M 7.8 earthquake in North Canterbury, New Zealand, occurred as the result of shallow oblique-reverse faulting on or near the boundary between the Pacific and Australia plates in South Island, New Zealand.

At the location of this earthquake, the Pacific plate moves to the west-southwest with respect to the Australia plate at a rate of approximately 40 mm/yr.

The epicenter of the earthquake is about 30-45 km south-southeast of the main surface expression of the plate boundary in the region—the Hope Fault, part of the Marlborough Fault system that connects a subduction zone (the Hikurangi Trough) to the primary plate boundary in the South Island—the Alpine Fault. 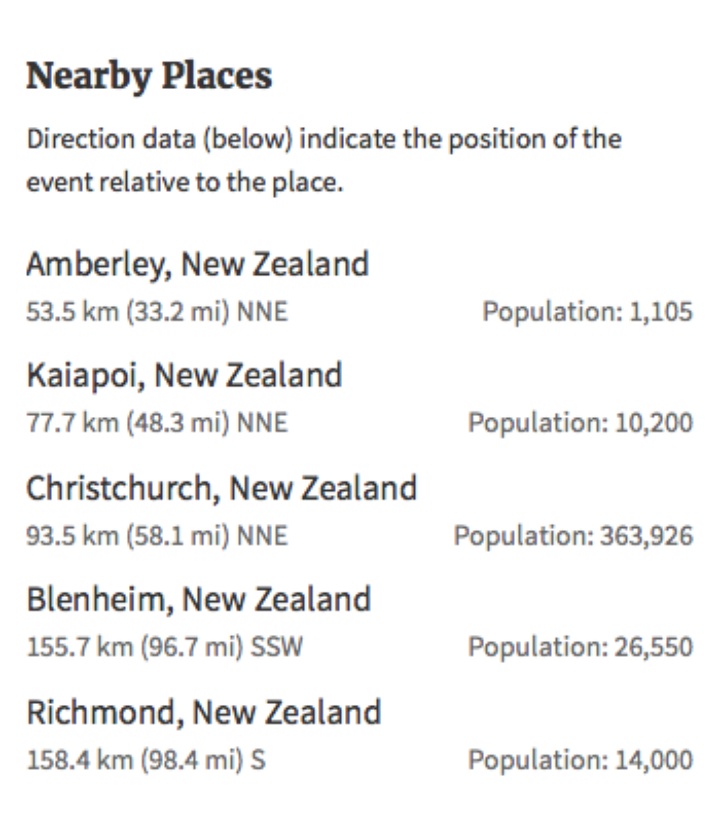 The plate boundary in the region of the earthquake is complex, involving a transition from subduction along the Hikurangi Trough to the east of the North Island, to transform faulting through the South Island.

The shallow crustal region to the south of the Alpine and Hope faults is thought to involve mainly thin-skinned shortening and fold and thrust belt tectonics.

The size, depth (~25 km) and faulting orientation of the November 13 event suggest a larger, subduction-related structure, though the subduction zone interface is not thought to extend this far to the south of the Alpine fault system.

The complexity of the event, involving a main energy release delayed by about 40 s, combined with an early aftershock distribution extending about 150 km to the north-northeast of the mainshock, suggests the potential for triggered slip on the Pacific: Australia subduction zone interface. 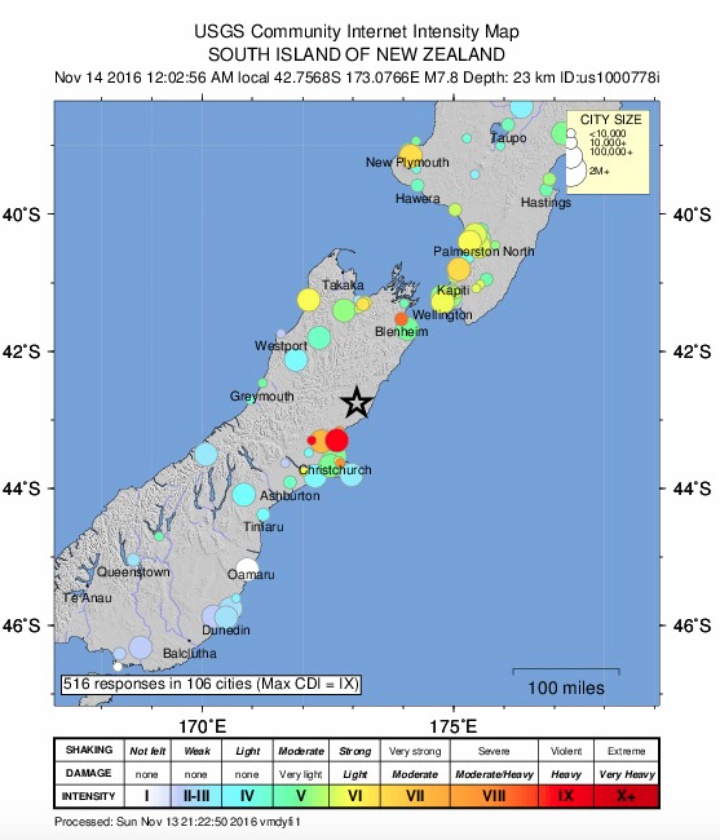 While commonly plotted as points on maps, earthquakes of this size are more appropriately described as slip over a larger fault area. Reverse-faulting events of the size of the November 13, 2016 earthquake are typically about 120x50 km (length x width). Within 2 hours of the M 7.8 mainshock, 9 aftershocks had occurred, ranging in size from M 4.9 to M 6.2 and extending from the region of the mainshock epicenter to about 150 km to the northeast. 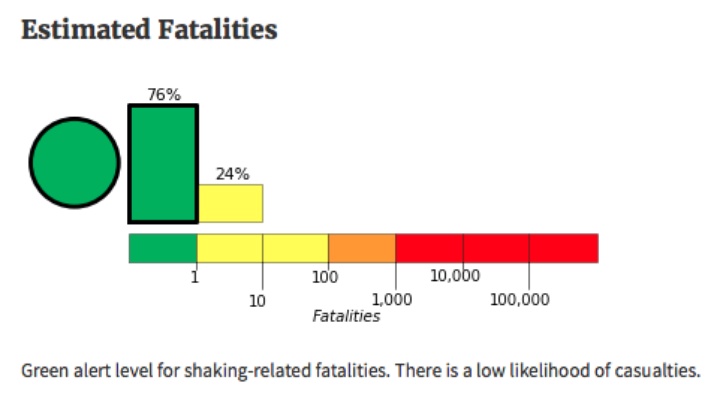 The November 13th M 7.8 earthquake is the largest event in the region since an M 7.3 earthquake 100 km to the northwest in June 1929. That June 1929 earthquake occurred just 3 months after the March 1929 Arthur’s Pass strike-slip earthquake, 90 km to the west-southwest of the November 13th event. The Arthur’s Pass event caused damage but injured no one. The November 13, 2016 event is also about 100 km to the north of Christchurch, which was severely damaged by a series of large earthquakes in 2010-2015, including a M 7.0 to the west of Christchurch in September 2010, and a M 6.1 directly beneath the city in February 2011. 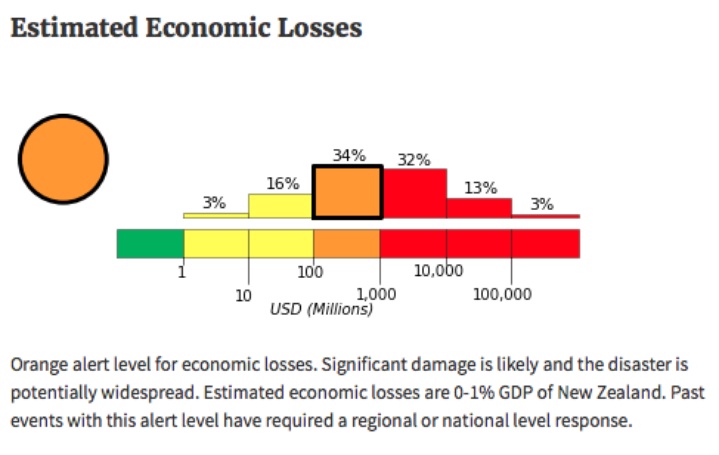 Because of the complexity of this plate boundary region, strain is being accommodated on many different structures of varying orientations, making it possible that more than one fault may be activated in this earthquake sequence.