« LoCO VOTES! Everyone is So Hopped Up About Measure P, Eureka’s Election Reform Initiative 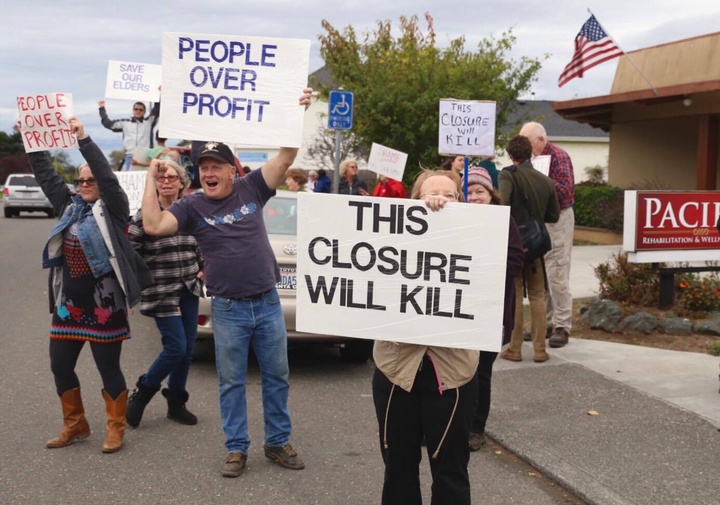 About 30 raucous protesters have gathered outside Pacific Rehabilitation and Wellness Center, a nursing home on Eureka’s Harrison Avenue, to try and shout down its upcoming closure.

Pacific Rehabilitation and three other local nursing homes, which together represent the large majority of available nursing home beds in Humboldt County, are now slated for closure by their owner, Shlomo Rechnitz of Brius Healthcare Services, California’s largest nursing home operator. A plan approved by state regulators would move the patients to other facilities, mostly in other counties. 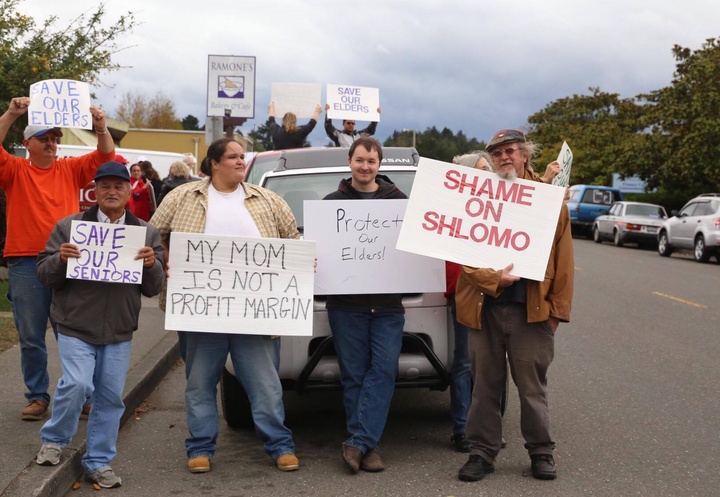 The protesters, waved signs and shouted slogans — “Shame on Shlomo” — while receiving appreciate honks from passing cars. Speaking to the Outpost’s Andrew Goff, one protester — Jeff Graham of Garberville — choked up at the thought of his mother, a log truck driver recovering from dramatic surgery, being shipped far away. Audio:

The protest is scheduled to go on until 6 p.m. 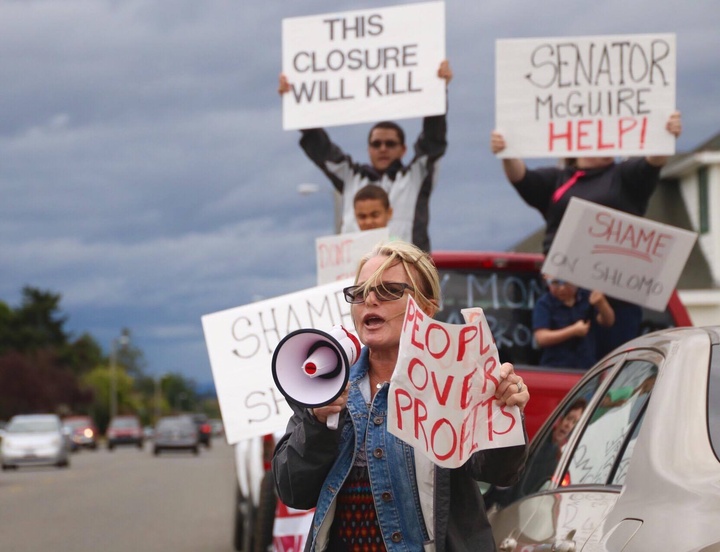