LoCO VOTES! Everyone is So Hopped Up About Measure P, Eureka’s Election Reform Initiative 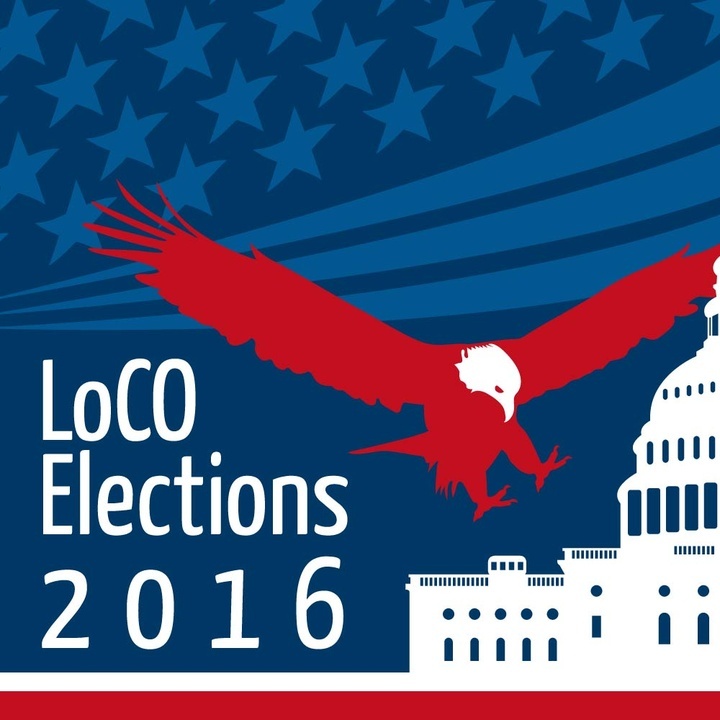 Every few years, the Eureka populace gets itself into a big tizzy about its unusual system for electing people to its city council. The Eureka left rises up, the Eureka right screams bloody murder, and then nothing changes and the whole fight goes into hibernation for a while.

This keeps coming up, though, because Eureka’s election system — as Outpost readers know — is extraordinarily dumb. It divvies the city up into five roughly equal parts (“wards”), then requires the council to have one member who lives in each ward. Theoretically, this is so residents of each neighborhoods have a go-to councilmember to whom they can take their beefs, and who will fight on their behalf.

However, the city charter immediately undermines this rationale by allowing the entire city to vote for who will represent each ward. So no councilmember has any incentive at all to fight for the people of her own ward. Actually, she’d be better off — electorally speaking — if she were to fight for the other four wards against her own. So there’s that, plus we all have to endure the ludicrous yet commonplace spectacle of would-be candidates carpetbagging themselves around our tiny town, looking for a favorable ward to run from, with no more attachment to the neighborhood than a dropslot that they may or may not occasionally check for new mail.

There are better ways to do this, and we can find them by looking at almost any other city in the United States of America. In the vast majority of U.S. towns and cities, councilmembers are chosen either:

The Eureka left favors by-district elections. The Eureka right, for reasons known only to itself, favors the current, dumb way. No one seems to favor at-large elections, which is by far the most common and almost certainly the most sensible option for a city of our size.

This election season, the Eureka left is taking its turn at the plate. Eureka voters will be asked to vote on Measure P, the “True Ward Initiative” — a proposal to turn Eureka’s current wards into “true wards” by having each of the city’s five districts elect its own councilmember.

Got it? OK. Let’s look at the best and worst arguments for and against Measure P.

THE GOOD AND BAD ARGUMENTS IN FAVOR OF MEASURE P

PRETTY BAD ARGUMENT: Some Measure P proponents warn that unless Eureka moves to district elections it will soon face litigation under the California Voting Rights Act, which protects the interest of disenfranchised minority voters. This is a pretty bad argument.

It is true that a number of California cities have been sued in recent years for this reason, and a good number of them have been forced into district elections. See this story from the Los Angeles Times, or this more up-to-date story from VICE News. The latter is particularly good on the money-hungry lawyers who are eager to bring such cases against local jurisdictions.

However, there’s a big difference between Eureka and the cities mentioned in these cases, in which a large black or Latino population gets stuck under white rule for decades and decades. The difference is that Eureka is still ridiculously white. We don’t have enough CVRA-protected citizens to oppress, at least in an electoral fashion. To bring suit, you’d have to determine that Eureka’s Latino residents — 11.6 percent of the population — vote as a block, and that their voice is being drowned out by the majority Caucasian population.

Anti-Measure P people like to snark about the fact that Eureka seemed to have no problem electing a Latina candidate — Natalie Arroyo — to the city council last time around, and by a wide margin, but that actually does factor into the equation, here. The law states:

On the other hand, lawyers are lawyers. Some of them like to roll the dice, especially if they have nothing else going on. On the other other hand, district elections in themselves don’t make us lawsuit-free, on CVRA grounds. There are such things as unjustly drawn districts.

GOOD ARGUMENT: Measure P supporters argue that district elections would take the money out of politics, and would make it easier for working people to run for council. This is almost certainly true. It’s one thing to knock on every door in the city; it’s quite another to knock on 20 percent of those doors.

People who are actually active in their corner of the community — neighborhood watch captains, block party organizers, volunteer school crossing guards, etc. — would be instant favorites. They have a head start that paid political advertisements and party machinations, left and right, will have a hard time countering. Everyone in the district already knows them, and paid political advertisements and whisper campaigns won’t hold near as much sway.

THE GOOD AND BAD ARGUMENTS AGAINST MEASURE P

BAD ARGUMENT: The Anti-P forces like to say: “They’re taking your vote away! Now you’ll only get to vote for ONE councilmember instead of FIVE. Measure P wants to disenfranchise you by 80 percent!”

The Anti-P forces like to say this because they think you are spectacularly ignorant. Please, please, please don’t swallow it and prove them right.

The point is: Do we want district elections? That is the only point. There’s nothing undemocratic about electing your own representative, rather than allowing everyone else to elect him for you. When some crusty old codger (or some doofus like our own Matt Owen) throws this at you, you are perfectly right to ask him whether he’d like Los Angeles to elect the North Coast’s state senators and assemblymembers and Congressmen.

Look, this isn’t hard. Yes, you only get to vote for 1/5 of the city council, but your vote is five times as powerful. Because you don’t have the other 80 percent of the city voting for your representative. Capiche?

GOOD ARGUMENT: But there’s a serious case to be made that Eureka is just too small for district elections. Imagine each little canton of Trinidad or Blue Lake standing up for its rights at a municipal level. It is absurd. Is Eureka that far removed?

Separate electorates are separate electorates. Neighborhood problems would move closer to the fore, and citywide problems — economic development, budgetary matters, general planning, etc. — would inevitably end up being secondary, or at least more secondary than they are now.

Take the case of homelessness, for example. If each district of the city elected its own representative, the very first priority of each representative of the city would be — would almost have to be, if they hope for reelection — to keep the homeless out of their own district. Where should we put the services center? Anywhere except my district!

You can play this out ad infinitum. Where do we fix the potholes? Where do we zone for low-income housing? Where should we put the new playground equipment? Where should beat cops patrol? Either your representative brings home the bacon or she does not.

So since at-large elections are off the table, at least this go-round, the question boils down to this: Is the prospect of a more direct relationship with your councilmember more important to you than the fear of a balkanized city? We don’t have an answer. But if you do, then you now know how to vote on Measure P.