Rainfall Totals! See How Much Rain Fell Around the County While We Wait for the Next Storm »

The following is a letter from local law enforcement official (and one educator) in opposition to Proposition 64, the initiative on the November ballot that would legalize marijuana for recreational use.

The letter is co-signed by the top brass of the Humboldt County Sheriff’s Office, the Eureka Police Department and more. Full list of signatories at the bottom. 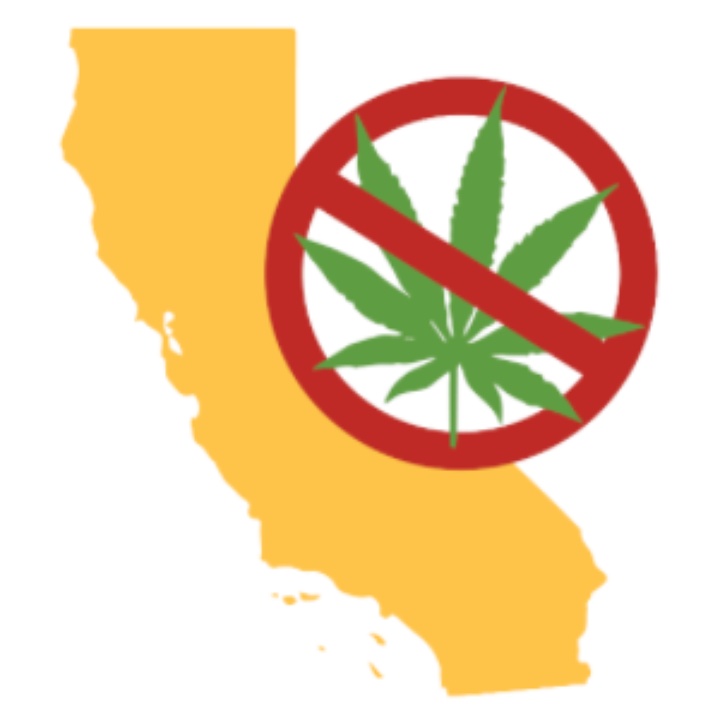 Proposition 64, the California Marijuana Legalization Initiative, will go before voters on November 8. Prop 64 permits adult recreational use, commercial cultivation, manufacturing, transportation and sales. We stand united and strongly opposed to Proposition 64. Please join law enforcement associations, educators, and other organizations across the state in emphatically stating, “They got it wrong, again!”
Regardless of your stance on legalization, or belief the end of “cannabis prohibition” is inevitable, Proposition 64 is not the answer for California. We believe this special interest-driven initiative is ill-timed, short-sighted, and irresponsible. Proposition 64 is patently profit-motivated and puts what many would label “greed weed” before the best interests of the public.

Proposition 64 does not protect our children.

Young people who smoke today’s highly potent marijuana may be rewiring their brains. The American Academy of Pediatrics opposes legalizing marijuana noting cannabis can be “very harmful to adolescent health and development.” Research indicates there may be a causal link between marijuana use and an increase in serious mental health issues among children, such as triggering the onset and intensifying the symptoms of schizophrenia. Mental health professionals in Humboldt County have noted a rise in acute disorders among children to which some ascribe to marijuana exposure. According to Dr. Garry Eagles, Humboldt County Superintendent of Schools, “In Humboldt and Del Norte Counties, roughly 1 in 5 students, or 20.3%, is receiving some form of special education support.  The participation rate in our two counties is almost double the state-wide average for special education of 10.4%.”

If we were to brand Proposition 64 after a popular cannabis strain, we’d dub it “Trainwreck.”

Potent edibles attractively packaged like goodies pose a danger to our children. One medical center in Colorado recently reported their hospital has seen a 51% increase in the number of children 18 years and younger being treated in its emergency rooms for marijuana-related conditions over the past two years. A Pueblo hospital recently shared statistics reporting nearly half of babies born in that hospital during one month tested positive for THC—the main psychoactive component in cannabis.

Proposition 64 does not do enough to protect our highways.

Stoned drivers are a risk to all drivers. Legalization in other states has resulted in more DUI drivers and a significant increase in deadly crashes. According to recent research released by the AAA Foundation for Highway Safety, fatal vehicle collisions involving marijuana-impaired drivers have doubled in Washington State since legalization in 2012. Colorado has also seen a spike in marijuana-related traffic fatalities and impaired drivers. Under Proposition 64, California can expect to see the same trend.

Proposition 64 does not do enough to protect the public’s health and welfare.

When you consider California’s expansive campaign against Big Tobacco, Proposition 64 appears blatantly hypocritical and counters much of the progress California has made to improve public health. How can you have a public health policy that vilifies tobacco use but implicitly encourages folks to smoke a joint?

Post-legalization, some Colorado prosecutors have described seeing an increase in marijuana connected crime including the last 10 of 15 drug-related murders in Aurora, according to a May 2016 report. But one has to look no further than the cannabis capital of the country, Humboldt County, to recognize the violence inextricably intertwined with the pot trade. Humboldt County’s homicide rate has increased steadily since 2012 with 19 homicides so far this year. The county’s per-capita homicide rate (rate per 100,000 population) over the past two years was nearly double that of the state’s mean rate. Most of these homicides are believed to be drug-related. Ten of 15 cases in 2015 involved drugs according to the Humboldt County Chief Deputy Coroner, and Sheriff Mike Downey publically attributed “most” of the homicides his office investigated in 2014 to their connection with “marijuana and other drugs.”

As the new “Wild West Green Rush” intensifies with legalization, an increase in marijuana-related violent crimes, DUI fatalities, and public nuisance complaints can be predicted—negatively impacting public health and safety, quality of life, tourism and businesses. Proposition 64 is the wrong initiative, at the wrong time, for the wrong motive. We urge patience so Californians can make a more informed and responsible decision. Let’s be smart, wait on legalization, and allow time for California to watch and learn from other states’ post-legalization woes.

If we were to brand Proposition 64 after a popular cannabis strain, we’d dub it “Trainwreck.” Vote NO on 64.