It’s Monday Morning, and Pewetole Island is Still On Fire » 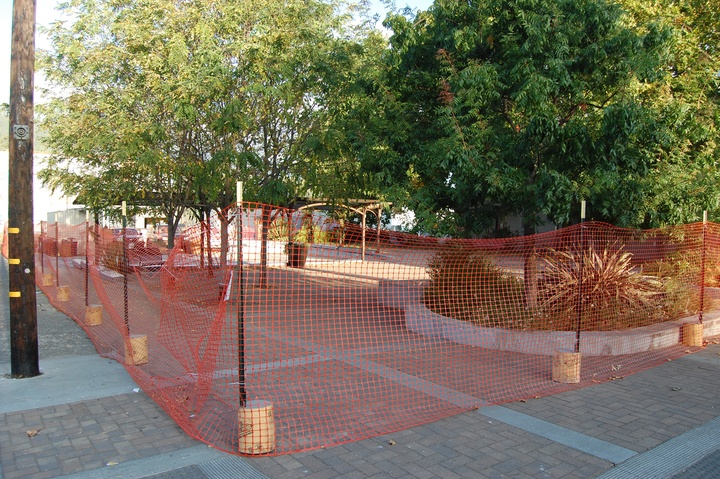 If you want to see, first-hand, why you can’t build a community with people who cheat the social contract, come to Garberville to see just how dysfunctional a town dominated by drug dealers and real estate leeches can be. From the vandalized and burned-out vehicles along our county roads, to the open hostility towards the poor and homeless in town, to the online comments that stack up, like so many stale crackers, beneath every slab of “Hardin” cheese, SoHum shows off its dysfunction with a breathtaking lack of self-consciousness. It’s embarrassing, frankly.

Every year, right about this time, every pot-smoking free-spirited freak and hippie in the world thinks about coming to Humboldt County to get high, camp in the woods and make some money trimming weed. Some of them actually go through with it. Trimming remains a huge bottleneck in the cannabis industry, and with so much recent expansion, the need for temporary workers at harvest time has only increased. People wouldn’t keep coming back if they didn’t find work, and people do come back, year after year. It’s a thing. 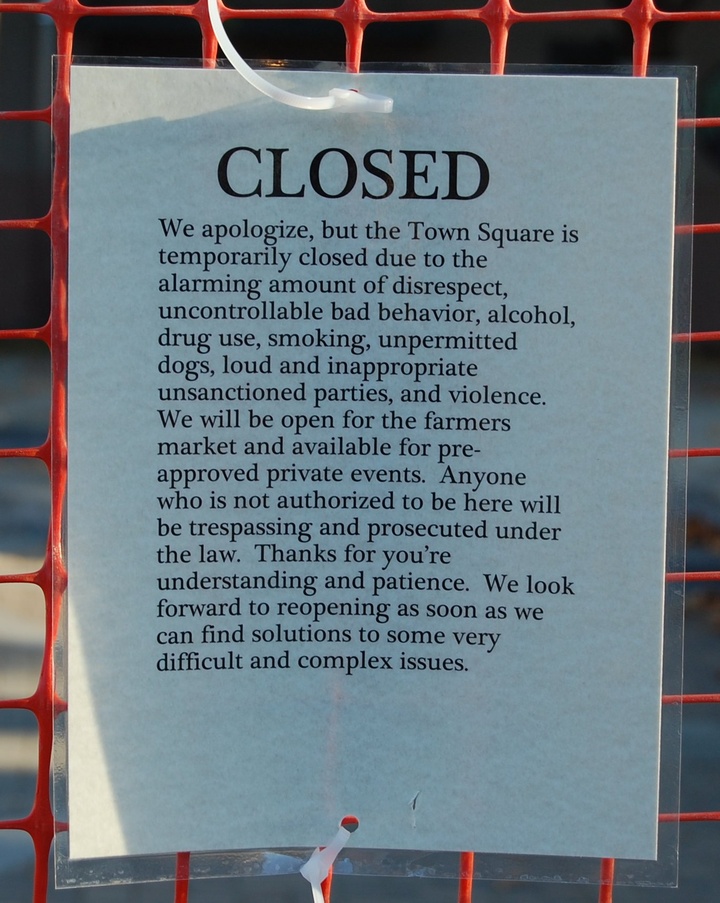 Cannabis attracts a really diverse group of people, trending towards the young and enthusiastic, from all over the world. Trim jobs especially appeal to foreign travelers looking for a way to make some money without a green card. Some of them have never seen a mature cannabis plant before. Few of them will make a career of trimming weed, but all of them want to spend a few weeks buried in marijuana and have some cash money to show for it. It’s also a great opportunity to meet people, share stories and make friends.

Every year these people show up. Every year they have nowhere to go, so they hang out in town. Every year, people in town get angry, call the cops and rout them out and fence them off from any place they try to congregate. Neighbors’ complaints about people congregating in the Garberville Town Square, especially after dark, prompted the Town Square closure, and the ugly orange fence. I understand that having a whole lot of rambunctious young people in town can impact your life in a lot of ways, and I sympathize, but it’s not like you didn’t know they were coming.

It really amazes me that a community that depends so heavily on the marijuana industry, could treat the people who make that industry profitable, so badly. If you want the people who love marijuana and smoke marijuana every day to think highly of “the Humboldt Brand,” it seems to me that you would want them to enjoy themselves and feel good about the time they spend here in Humboldt County. Instead, we try to make it into a war zone for them, in hopes that they will leave. But they stay anyway. Thanks to the War on Drugs they are used to living in war zones, and have come to expect this kind of treatment.

If we had any sense around here, we could turn harvest season into the biggest tourist draw of the year. It could become a two-month festival that makes Reggae on the River kind of money, week after week until it starts to rain. Just open a huge campground, down at the Community Park, perhaps park a few food trucks down there, open a canteen, offer “trimmer training” courses, set up a flea market, a cafe, and plenty of porta-potties, and keep it all out of town.

A lot of people come here looking for work, and the industry, as it stands, genuinely needs most of their labor. The more we cater to their needs, the more of that money we can keep in our community. The infrastructure necessary to accommodate the people who come here every year would not cost that much. It wouldn’t look like much of a status symbol, nor would it provide a scapegoat to vent pent up frustrations on, but it would solve the problem, help the Humboldt brand and create new opportunities for economic diversity which we desperately need.

Instead, we cultivate this escalation of hostilities. We vent. We build fences and hold town meetings. We pass around photographs of human feces like we’ve never seen it before. We pass new ordinances to criminalize poverty and sleep, and asking for help. We go out into the woods with tasers and video cameras and cops to harass, humiliate and evict our poorest neighbors, and now, for this year’s twist, we fence off our charming little Town Square as though it’s contaminated with radioactivity.

The people who come here for the harvest season really appreciate cannabis. These people love weed, and fall harvest provides the opportunity to build the Humboldt brand. If people have a good, positive experience while they are here, whether or not they make any money, that could easily translate into a lifetime preference for cannabis products bearing the Humboldt name. Now that prohibition has all but ended, people have lots of cannabis choices. Brand loyalty can easily make the difference between success and failure in the legal market.

If we can just face the fact that people need a place to be, and make space for people, we can solve a lot of problems, relieve a lot of stress, and create a lot of new economic opportunities. We can’t keep pretending that we’re just a normal quiet small town and that we have no idea why all of these hippies keep coming here every fall. We can’t make them go away, but we can solve problems, make peace and make money, if we can just face facts and take responsibility. That is, we could if we were that kind of people.