« HSU Ranks in Top Third of Public Schools in the West by U.S. News & World Report

LA-Area Weed Startup ‘hmbldt’ Basically Trademarks All of Humboldt County, Except the Vowels 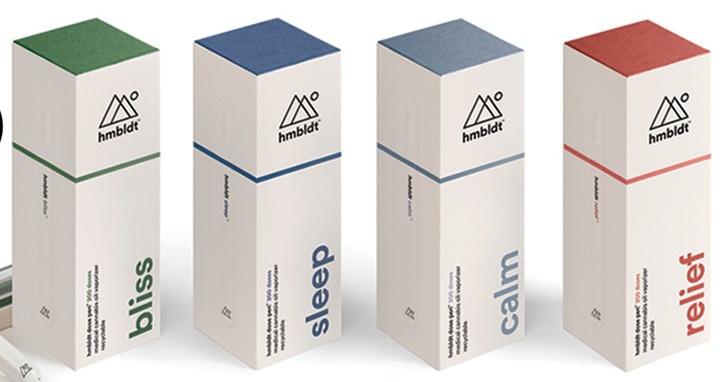 UPDATE, 4:25 p.m.: We have found, on Facebook, one local person whose profile lists him as a co-founder of hmbldt. So there does in fact seem to be a local connection.

Today we learned that there is a new company that calls itself “hmbldt.” 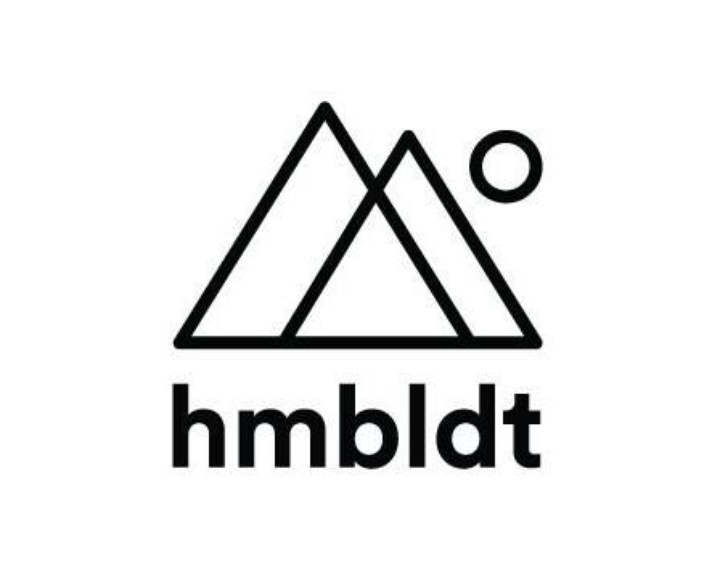 This company — “hmbldt” — is a high-tech medical marijuana startup based in Los Angeles (according to its press release) and run by various refugees from the tech industry. Today it issued a press release announcing its new line of vapable meds, which are delivered with precision via something it’s calling the “hmbldt dose pen,” a proprietary device.

The company is currently serving up four different blends of cannabis derivates — “hmbldt bliss,” “hmbldt sleep,” “hmbldt calm” and “hmbldt relief” — each with a different THC/cannabinoid ratio designed, theoretically, to deliver those experiences to consumers. We learn from the company’s web page that three more products are undergoing consumer trials. Those are “hmbldt energy,” “hmbldt focus” and “hmbldt control.”

Does hmbldt have anything to do with Humboldt County — in, like, a concrete sense, rather than as a sort of state of mind? Not on the face of it. Its president and cofounder — one Matt Seashols — is introduced as the founder of several technology companies, including “iGoals” and “Urban Tag.” Its chief financial officer comes from “Oracle, Gupta Corporation and Centura Software.” Its VP of marketing previously worked for Budweiser and Target.

But hmbldt wants to let everyone know that it is inspired by Humboldt County. Its “about” page is decorated with a photo of Moonstone Beach, and it speaks reverently about the diverse microclimates of that mystical land in the north, where “the waters of the Pacific yield to the steep inclines of the King Mountains [sic]”:

Humboldt County is home to some of the most complex cannabis strains in the world, which are rich in the healing compounds of major and minor cannabinoids and terpenes.

Inspired by the rich plant diversity and the remarkable human-plant relationship, the hmbldt team set out with a mission to create the first strain-agnostic cannabis blends that deliver targeted health benefits.

Wherever we go, our heart and soul remains in Humboldt. 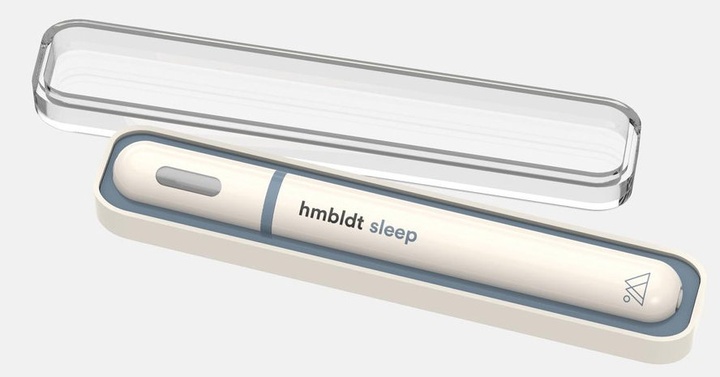 A hmbldt dose pen loaded up with hmbldt sleep formula.

So hmbldt is inspired by Humboldt County, and Humboldt County has certainly inspired the branding of hmbldt, which is now available in dispensaries in San Francisco and San Jose. But does Humboldt County contribute to this line of products in any material sense? Is hmbldt’s weed sourced from Humboldt County farmers? If so, the hmbldt website and its press kit for some reason don’t mention that fact, which you’d think would be sort of key to their marketing.

We’re working with hmbldt’s public relations firm to arrange an interview with CEO Matt Seashols. We’ll let you know what we find out when that comes to pass. In the meanwhile, it’s worth noting that Proposition 64 — the legalization measure on this fall’s ballot — takes a dim view of companies that seek to capitalize on a false appellation. Chapter Six of the Initiative, which regulates licensed cultivation sites, states:

(a) The bureau shall establish standards for recognition of a particular appellation of origin applicable to marijuana grown or cultivated in a certain geographical area in California.

(b) Marijuana shall not be marketed, labeled, or sold as grown in a California county when the marijuana was not grown in that county.

(c) The name of a California county shall not be used in the labeling, marketing, or packaging of marijuana products unless the marijuana contained in the product was grown in that county.

Senator Mike McGuire’s SB643, signed into law by the governor last year as part of the “Medical Marijuana Regulation and Safety Act”, has a similar clause that puts it more tersely:

(d) It is unlawful to use the name of a California county in the labeling, marketing, or packaging of medical marijuana products unless the product was grown in that county.

So one of three things seems to be going on here:

Any of them seem possible. Again: We’re in negotiations with a PR firm for an interview with hmbldt’s founder. We’ll let you know when we find out more!