An Inside Look at the New Minor Theatre (PHOTOS/AUDIO) 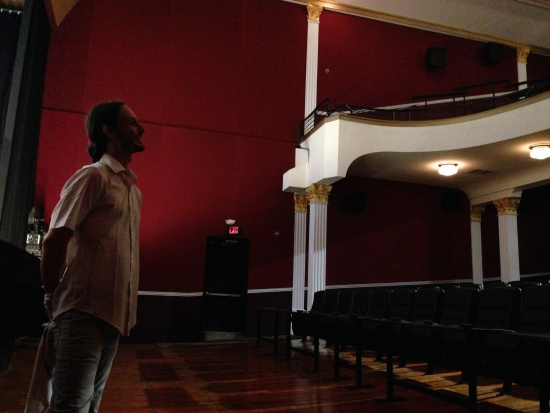 Merrick McKinlay gazes at the impressive renovations in the original auditorium.

The historic Minor Theatre is reopening today! Last spring it was announced that an agreement couldn’t be reached with the building owner Josh Neff and then current operator Coming Attractions. Humboldt County native Neff wanted to make at least 5-6 nights a week community oriented, but Coming Attractions didn’t want it to be different than their other theaters. So Neff paired up with film connoisseur and Richard’s Goat Tavern and Tea Room and Miniplex/La Dolce Video owner Merrick McKinlay to form Minor Theatre, LLC.

McKinlay took a break last night from training staff to talk with me for an interview that aired on KHUM this morning about the re-opening weekend and their future plans.

The selections this weekend focus on the artistic side of things. McKinlay said “there’s a lot of local talent here. I tried to focus on artists I felt were doing really good work. Steven Vander Meer has his film that hasn’t premiere locally although it had won awards in Ashland. Violet Crabtree same thing. She had won awards in Ashland. She has a new work. I just wanted to to honor the people that go unrecognized.” Some works are narrative, some stop-motion animation, some legitimate animation, green screen, and more.

Friday night’s show sold out in less than 24 hours, but there are still tickets available for Saturday and Sunday’s events for $10. Their enhanced concessions (not just popcorn and candy, but real food and BEER!) will be immediately available.

The Minor crew want to show blockbusters, independent, foreign films.  In the future they want to develop a film club, make a friends of sci-fi club, and even possibly restore the 35mm and 16mm projectors.

The Miniplex at Richard’s Goat Tavern and Tea Room will run as a sister screen to the Minor. McKinlay gave the example of running a film for a weekend at the Minor then for three weeks at the Miniplex.

They expect to announce the next run of films shortly.  Check back at minortheatre.com 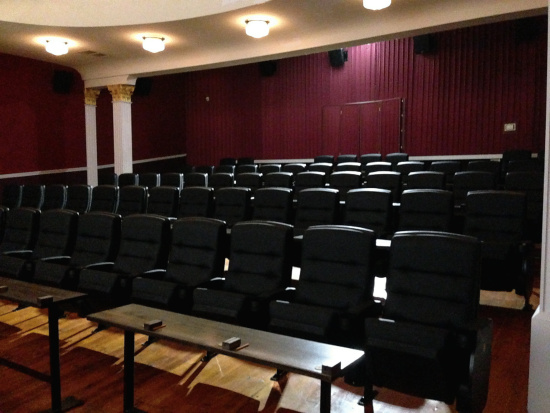 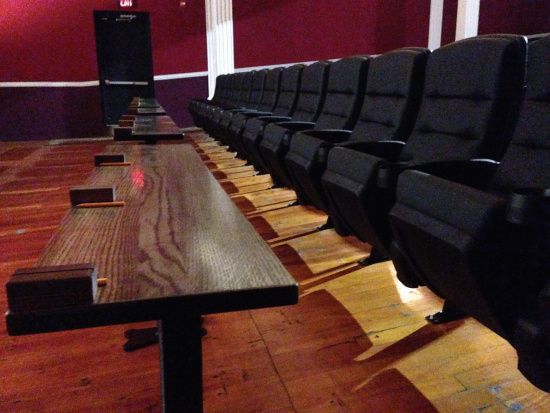 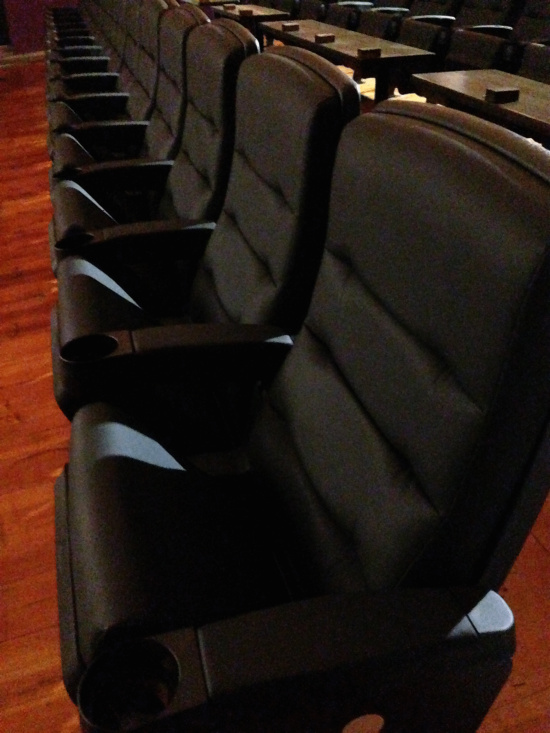 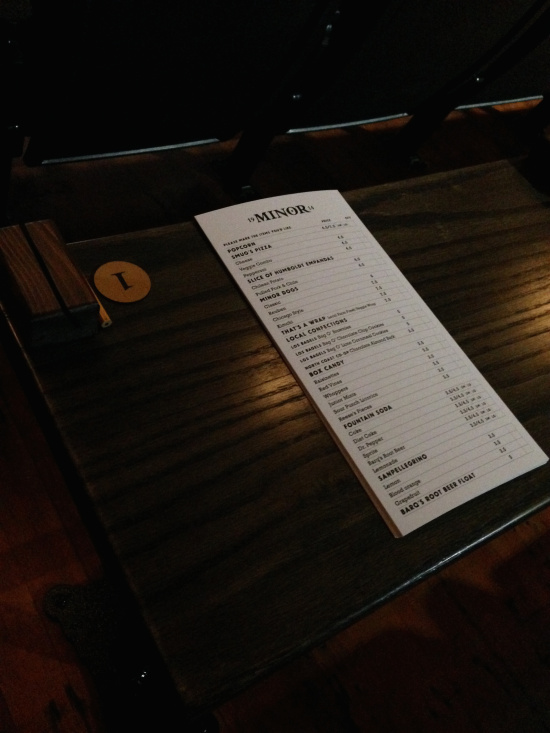 You can order food from your seat during the film. Yum! 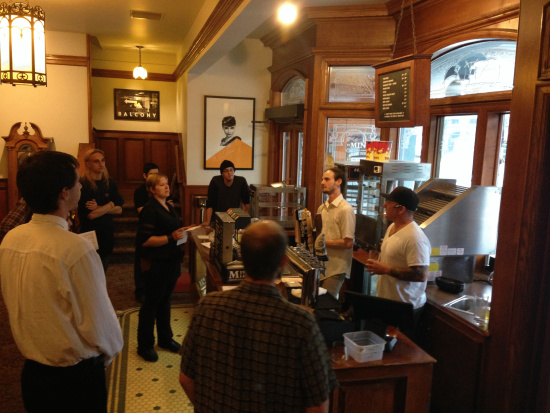 Merrick and Josh train some new employees so they’re ready for the first day. 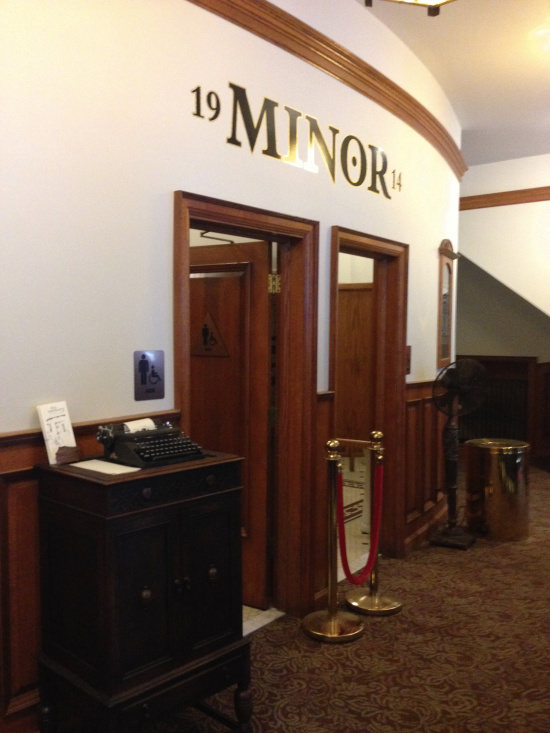 There’s the typewriter where you can share some memories of the historic theatre. 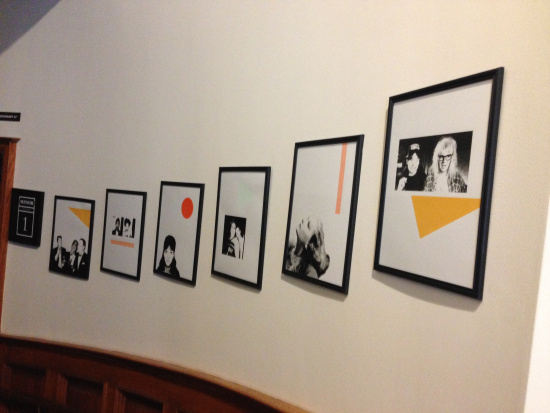 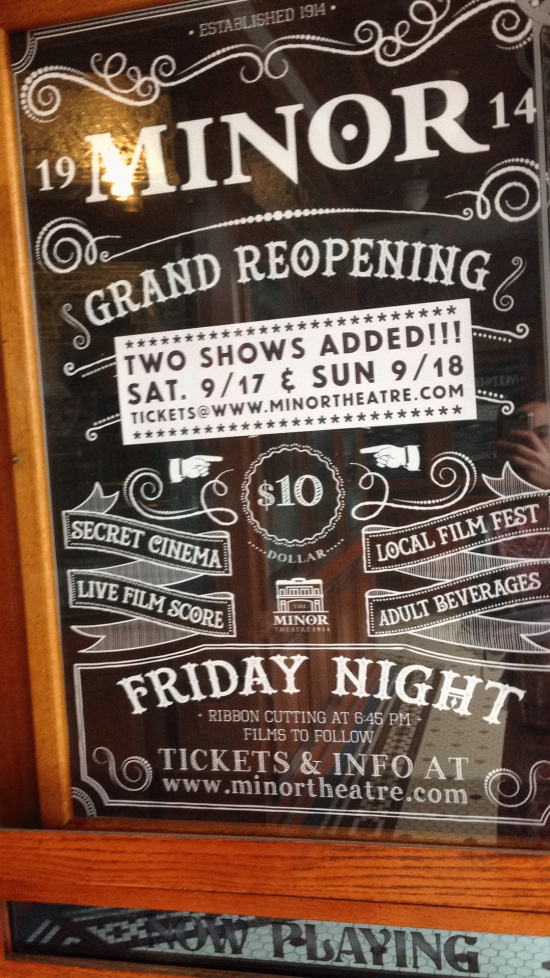 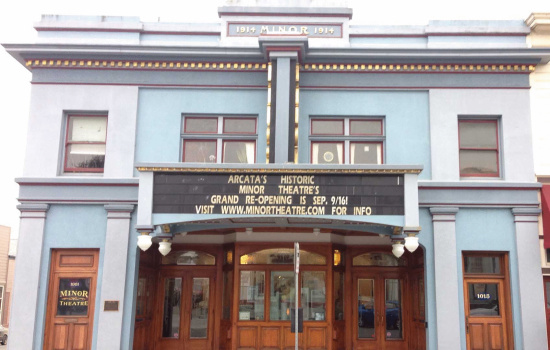