Yikes! There’ve been numerous landslides reported countywide as wet earth saturated by this latest storm shifts this way and that. But none that we’ve seen has been as destructive as the one that occurred today in Redway.

Around 11 30 a.m. today the hillside behind R&R Auto Machine in Redway gave way and pushed through the back wall of the business. The mud flow reached all the way out to Redway Drive which is currently closed with no estimated time of reopening while officials figure out what to do. The worry is that the hillside may have some more sliding to do.

“Right now, we’re worried that it will release again,” CHP Sgt. Tim Willock told KMUD Radio. “There’s a house up there that we have cleared out, and unfortunately that house may go with the next release of this hillside.”

At this point it doesn’t sound as though anyone was seriously injured. We will update when we know more. 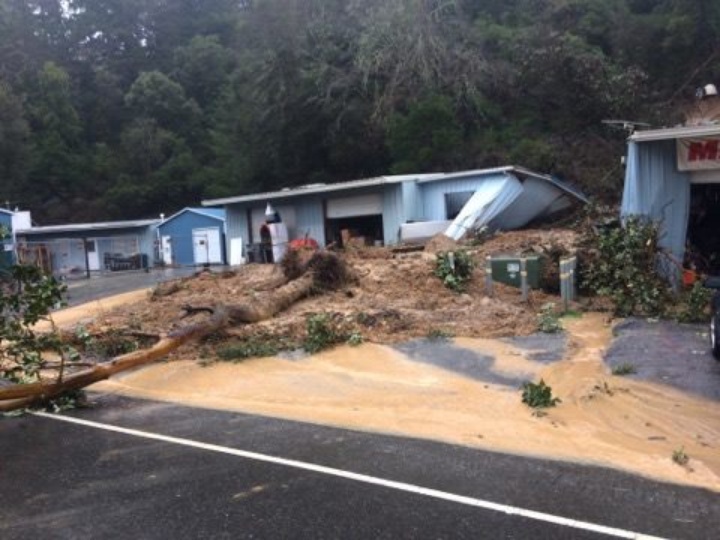 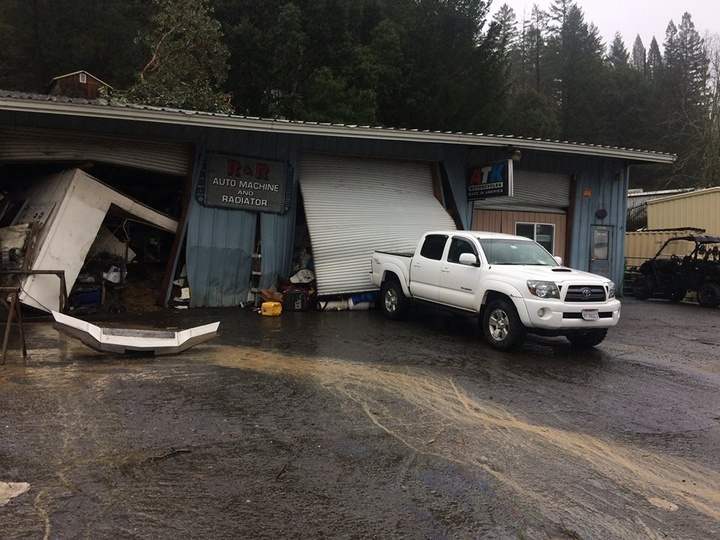 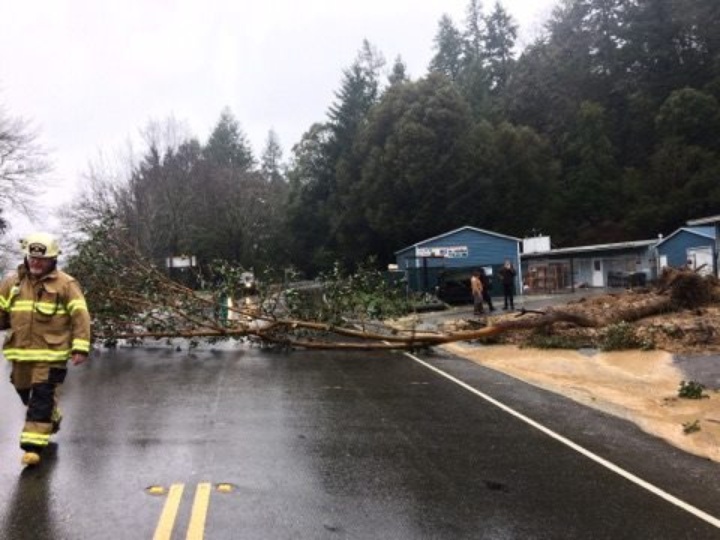