NINTH CIRCUIT: City of Fortuna, Two of its Cops Can Be Sued for Shooting, Killing Meth-Influenced Resident Who May (or May Not) Have Tried to Club Them » 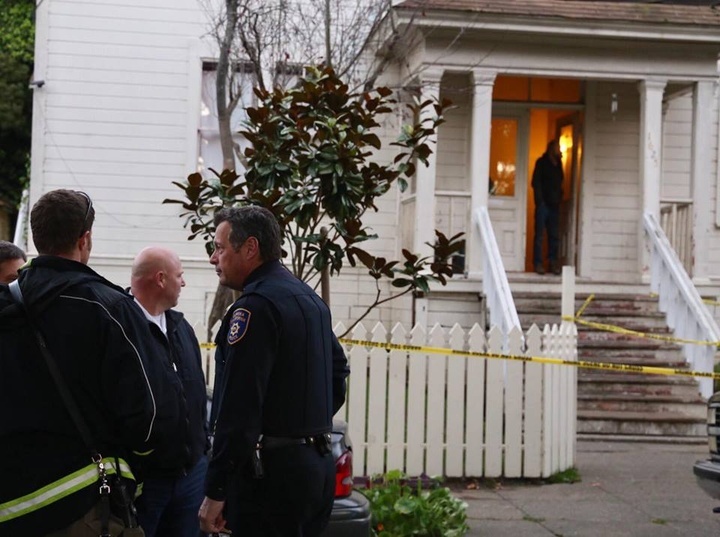 The City of Eureka today announced that it is taking more legal action against its most notorious and recalcitrant slumlord, Floyd Squires — a man whose properties have an uncommon tendency to attract crime, burst into flames and, sometimes, get shut down for building code violations.

The City’s legal battles with Squires and his wife, Betty, date back decades. In January of 2011, the City joined the Humboldt County District Attorney’s Office in suing the couple over “ongoing and pervasive” code violations at 26 of their properties. Two years later a judge placed all 26 properties in “receivership,” meaning they were placed in the custody of a court-appointed agent, a neutral third party. This legal maneuver was intended to motivate Squires to perform the repairs necessary to regain control of his properties.

Recently, a group of more than 50 Eureka residents told Times-Standard reporter Will Houston they plan to file a series of small claims lawsuits against Squires. They were motivated in no small part by the recent shooting on the 1600 block G Street, outside two properties owned by — you guessed it — Squires.

On Dec. 19, the spokesperson for that group of neighbors, Heidi Benzonelli, sent a letter to the City Council and city officials asking for support. Despite the City’s best efforts, she says in the letter, Squires’s buildings remain a threat to public safety.

“We believe the time has come to join forces and pursue every available strategy to abate the nuisance and restore some measure of peace to the community,” the letter reads. It goes on to accuse the city of allowing Squires to manage properties that were supposed to be in receivership — this despite the “squalid and dangerous conditions” and his “abject failure” to act responsibly.

“Neighbors are leaving,” the letter states. “Vacation rental owners are hesitant to rent their properties for fear of injury to their guests. People are getting physically injured. No one feels safe.” (Read the letter in full in Benzonelli’s declaration, below.)

In today’s announcement, the City says it filed a motion on Dec. 28 asking for an “expansion of receivership powers or, alternatively, the replacement of the current court-appointed receiver.” A press release mentions the Dec. 19 shooting but not the recent actions of neighbors.

The City’s motion is scheduled to be heard Jan. 23. Below we’ve included links to the City’s motion as well as declarations from Benzonelli, Eureka Chief Building Official Brian Gerving, Code Enforcement Officer Matthew Morgan and attorney Krista MacNevin Jee, all of whom support the City’s action.

The filing of the motion was prompted by not only the recent shooting at a property at issue in the case in the 1600 block of G Street but also continuing concerns by City staff, that there is an ongoing failure to maintain the properties and that Mr. Squires continues to manage the properties despite the fact that the court has appointed a receiver, with limited powers, over 26 of his properties. Staff also is concerned about the length of time between the appointment of the receiver (2013) and the slow pace of repairs, and in many cases, the continued failure to address the dilapidated conditions at the properties for the nearly six years that this action has been pending. 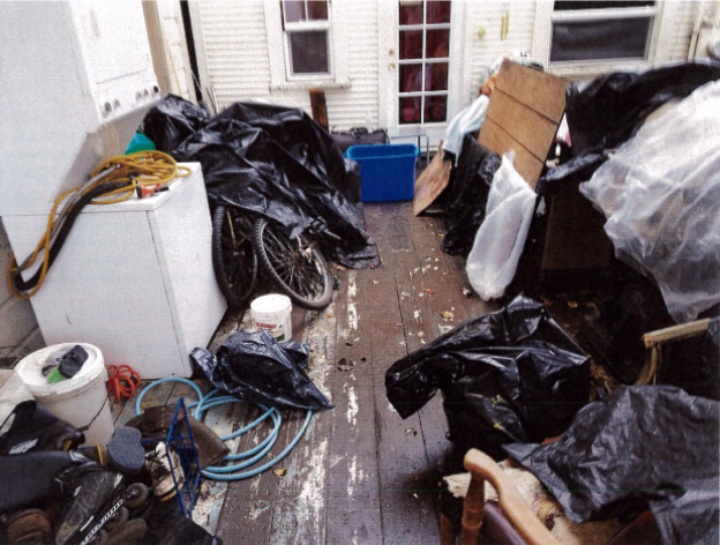 A photo of trash piled up at a Squires property from the declaration of Code Enforcement Officer Matthew Morgan. | Image courtesy City of Eureka.