Humboldt County’s Cultural Bubble: We Love ‘South Park’; ‘Duck Dynasty’ Not So Much

Last week the New York Times published a series of 50 heat maps designed to illustrate our nation’s cultural divide, as expressed in our differing taste in TV shows. So, for example, the maps show that people in urban areas tend to watch “The Simpsons,” “Saturday Night Live” and “Game of Thrones,” among others, while rural residents prefer “Duck Dynasty,” “16 and Pregnant” and “The Walking Dead.” And then there’s what they call “the extended Black Belt” — areas with large African American populations — where people enjoy “Keeping Up With the Kardashians,” “Scandal” and “SpongeBob Squarepants.”

This exercise may seem frivolous, but the Times notes that there’s a close correlation between politics and culture:

If you had to guess how strongly a place supported Donald J. Trump in the election, would you rather know how popular ‘Duck Dynasty’ is there, or how George W. Bush did there in 2000? It turns out the relationship with the TV show is stronger.

While Americans used to gather around “The Ed Sullivan Show” or the series finale of “M*A*S*H,” we now stream content from an ever-expanding list of creators, from networks to Netflix, Amazon and YouTube.

“Now television, once the great unifier, amplifies our divisions,” the Times notes.

The feature also allows you to enter your own location (city or zip) and get the viewing info of your geographic neighbors. So what does Humboldt County put in front of its eyeballs? We are above average fans of:

We are below average fans of:

That makes us similar, in terms of watching habits, to the people of Chico, Bellingham, Wash., and Fort Collins, Colo. We’re least similar (this will surprise no one) to a trio of small, predominantly black towns in the deep south — Winchester, Ark., Greenwood, Miss. and Friar’s Point, Miss. (pictured below).

Spending some time in those towns would certainly help get us out of our cultural bubble, but this project suggests that even changing the channel could help. 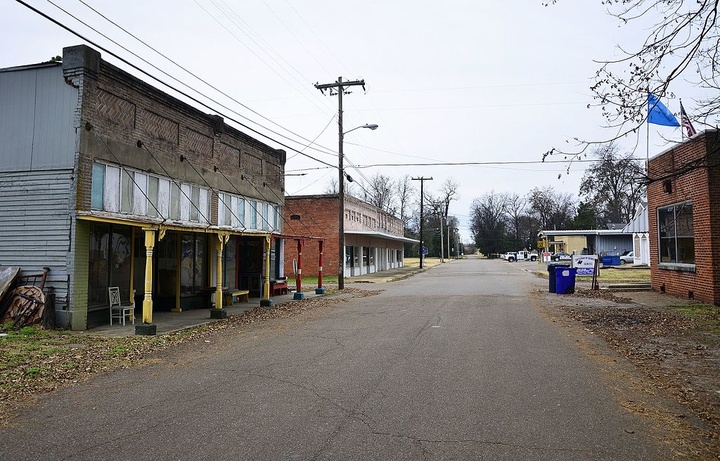