« Betty Chinn Proposes New Homeless Day Use Center on Wabash; Community Meeting on Project to Be Held Next Week

Humboldt County Animal Shelter in Need of Donations to Cover Medical Expenses for Hurt and Sick Animals, Some May be Euthanized if Goals Aren’t Met »

From the Mendocino County Sheriff’s Office: 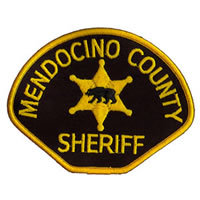 On 09-12-2017 at 1:41 PM deputies from the Mendocino County Sheriff’s Office were dispatched to assist the Little Lake Fire Department who were responding to a reported explosion at a location in the 500 block of Cropley Lane in Willits, California.

Upon arrival Deputies and Fire personnel located an approximately 30,000 square foot industrial metal sided building that did not appear to be on fire.  Upon closer examination the building had a large hole in the roof which was cause by an unknown projectile being expelled through it during a witnessed explosion inside of the building.

Deputies and Fire personnel entered into the building attempting to locate any potential injured person(s) and found none.

Initial scene investigations showed a cannabis growing permit had been issued by the Mendocino County Agriculture Department in connection with the property.

Due to the presence of the marijuana extraction lab, the Mendocino County Major Crimes Task Force was contacted.  Agents responded to the location and assumed investigative control into the incident.
No arrests have been made thus far in connection with the incident and investigations are on-going by Task Force Agents.

Anyone wishing to provide information in regards to this incident can call the Sheriff’s Office Tip-Line at 707-234-2100.