Your Week in Ocean: Talking #HealthyOcean in Sactown 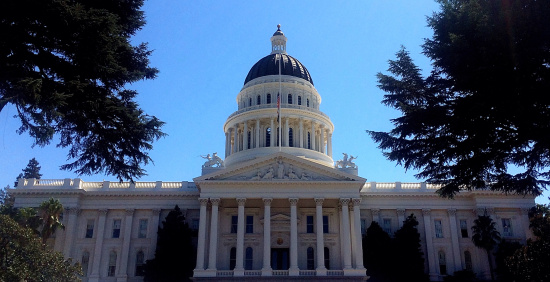 You can’t see the ocean from Sacramento, but much of California’s coastal fate is decided there.

Under most conditions, it’s budget that dominates any and all Sacramento strategy discussions. Constraints of. Debates about. Wednesday’s Ocean Protection Council and Ocean Science Trust workshop, “Sharing Your Perspective on Envisioning California’s Ocean Health,” deviated from the theme as Natural Resources Agency Secretary (and OPC chair) John Laird made clear from the beginning. “Today we’re going to talk about priorities without regard to funding,” he explained. And talk they did. The topic at hand: How should the state of California define a “healthy ocean”?

The effort to do so is more progressive than it might seem to those uninitiated in the ways of bureaucracy. Bringing together scientists, policymakers, tribal representatives and constituents from across the state to share perspectives on legislation, regulations and enforcement represents a shift from the default of agencies working independently, sometimes redundantly and sometimes at odds. The long-term vision shared by those at the workshop includes not only a healthy ocean – definition to be determined – but also a simplified, collaborative relationship between those charged with making rules and the various people charged with carrying them out.

Ocean Protection Council Executive Director Catherine Kuhlman noted in her introduction that for Californians, the ocean is the resource that “defines us as who we are.” The question at hand, she continued, is how to impel stewardship and foster resiliency. 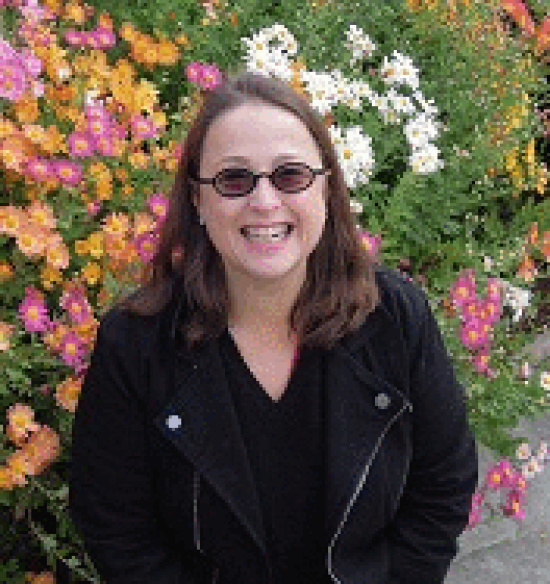 Part of the answer involves conveying science to “decisionmakers” – elected officials and others charged with telling the population how things should be done – in such a way that the threats facing the ocean can be dealt with swiftly and effectively. Or, failing swift and effective action (as in the case of climate change), agreeing on the best remaining course possible.

Sheehan, a longtime rock star of the environmental scene, illustrated current ocean protection difficulties by comparing how the visible problem of her childhood, sewage on the beaches, to the chronic, creeping problems of ocean acidification and other impacts of climate change, depletion of predators, disappearing flows in our natural waterways and other threats that build up less obviously. 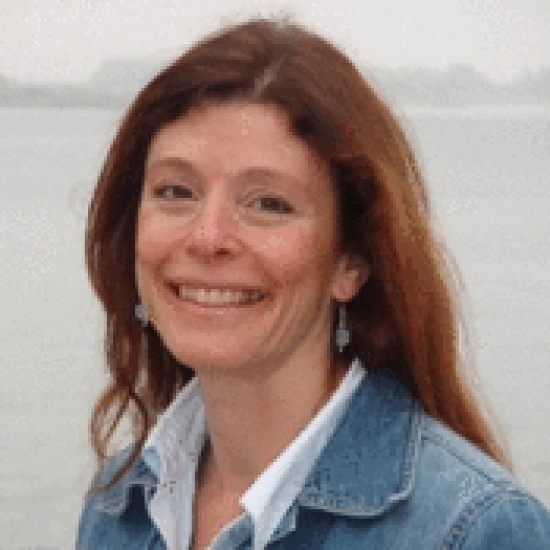 She pointed to the Marine Life Protection Act’s emphasis on intrinsic well-being as a potential model for success. “We’re seeing a lot of really great work being done by scientists right now to start to think across different variables, different metrics – water quality, fish populations, habitat, etc. – and try to integrate these into single signals that allow us to assess the health and well-being [of the ocean].”

Corbett emphasized the role of California tribes in creating and maintaining a healthy ocean. “Tribal management is key to achieving the goal of a healthy ocean,” he said. He brought up specific challenges for the tribes when trying to work with the state on ocean regulations. 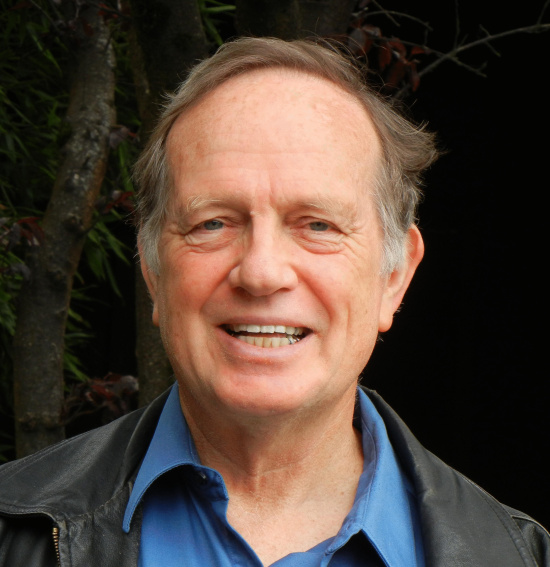 There are nine separate agencies that have primary responsibility, then you move on to the regional groups,” he said. “It is an overwhelming task to present and give you the time.” Nonetheless, inclusion is appreciated. Another sticking point is the terminology debate, Corbett added. “Our number one fear is a fight over the science definitions of what is a ‘healty ocean’ will delay progress.”

“My presentation is going to be a little bit different,” Fraley began, “spoken from the heart, not specific to California policy.” She spoke of the “two worlds” the tribes must live in, the one they’ve inhabited since time immemorial and the newer one full of regulations at odds with the traditional way of life.

Progress has been made, Fraley said. “The MLPA gave us the opportunity to interact with several people in the room who are now friends.” For her, the key to a healthy ocean lies in education, teaching the youth the proper way to interact with the ocean. “Ocean health will fall into place,” she said, “when we’re taught to care for the ocean as individuals.” 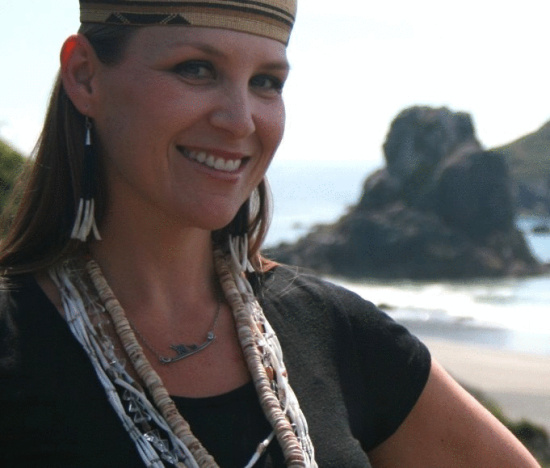 Kelly, who served as assistant director for polar sciences in the White House Office of Science & Technology Policy prior to his position at the aquarium, also warned of potential conflicts. Creating a “completely satisfying definition of ‘ocean health’ isn’t possible,” he said – what makes sense is to speak about the living organisms, communities and ecosystems. A danger exists in neglecting the intrinsic value, he finished, but we can’t get away from the importance of human uses.

“Who wants an unhealthy ocean?” Weseloh asked. “Raise your hand.” He paused a beat before observing the unanimous support for a healthy ocean. “It’s kind of a no-brainer… Then we really get into the question, what is it?” Familiarity with the various uses and traditions can help, but a big question – perhaps the biggest – is defining “where the ocean starts and where it stops.” A lot of the problems in the ocean stem from on-the-land issues, he said. “We have to include the health of everything.”

Additionally, Americans are importing 90 percent of our seafood. “Do we want our neck of the woods to help produce that food base or transfer those effects to elsewhere?” Weseloh discerned the lack of fishermen in attendance, suggesting that engaging people who tend to be independent and often out fishing will be helped by streamlining the multiple-agency approach to issues.

Bedworth wrapped up the presentations by explaining that a common definition can help the state meet stewardship goals.

Zeke Grader, executive director of the Pacific Coast Federation of Fishermen’s Associations, disagreed during public input, however. “Fishermen are not interested in discussion,” he said, but “want to see something done.” Enough laws exist, Grader continued. The problem is lack of enforcement. As far as defining a healthy ocean, “I would not get too hung up about it.” Much like the famous definition of pornography, he continued, “I know it when I see it. … Let’s get something done.”

Environmental activists in the room applauded the conversation but pressed for concrete action. California Coastkeeper Alliance Executive Director Sara Aminzadeh noted the running theme of climate change concern among panelists and how similar conversations are taking place in other state meetings and emphasized the importance – and opportunity – to integrate those discussions.

“People view the ocean as a luxury,” said Sarah Sikich, science and policy director of Coastal Resources, Heal the Bay. “If we can’t shift that thinking, we’re going to have a difficult time.” 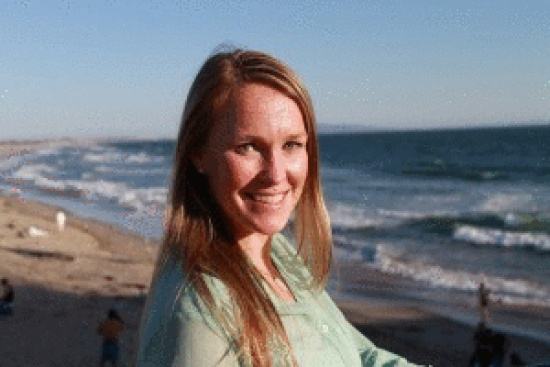 MPA Collaborative Implementation Project Community Coordinator Paul Hobi brought up the ongoing benefits marine protected area monitoring can provide through utilizing “folks on the ground” as communicators for providing information about what’s happening in and around the ocean to the agency staff responsible for knowing it. For example, he shared, a kayak business operator on the North Coast noticed invasive snails in the lagoons long before any state wildlife employees did –- but her efforts to share that fact fell through bureaucratic cracks.

The anecdote summed up the ultimate goals of the workshop: improving connection, collaboration, shared understanding and specific actions to ensure California has a healthy ocean, whatever that turns out to mean.

The conversation is expected to continue. Add your voice to it.