« Take a Peek at Local Dogs Looking for Homes

Your Week in Ocean, Part One: Cleaning Up Woodley Island Homeless Camp

It’s a well-established fact that the problems surrounding homeless camps are myriad and intractable. Citizens involved in beach, bay and river cleanups have long struggled with finding social solutions to the environmental havoc wreaked by folks making their homes in the brush and under overpasses. This issue moved to the forefront again when, earlier this month, PacOut Green Team leader Tim Haywood noticed mounds of garbage at a Woodley Island encampment.

While his initial reaction was to put his crew on the task, a call to the Eureka Police Department resulted in a change of plans: since the area under State Route 255 falls into Caltrans’ purview, that agency would send its people out. Veteran EPD Detective Neal Hubbard stood watch at the cleanup. 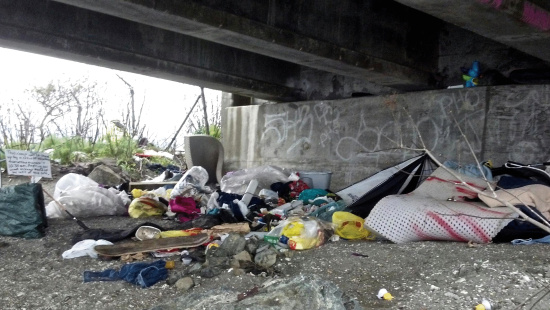 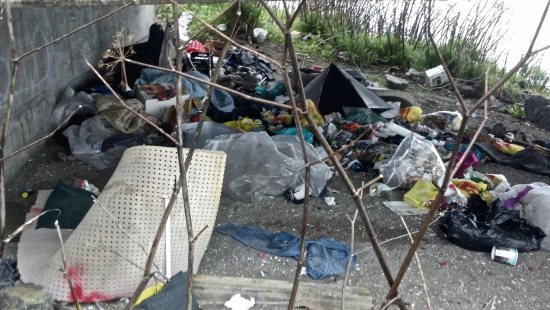 Homeless campsites like this extend throughout the county, Hubbard said, and tend to be the result of drug addiction, mental illness and a combination of the two. From an enforcement standpoint, addressing the camps typically begins with a citation for illegal camping. If garbage is prevalent, a citation for “unlawful storage of garbage” follows. If the person has dogs, a citation for the dog being unlicensed occurs. Arrests are rare unless warrants have been issued. “We give them a chance to clean up,” Hubbard said. 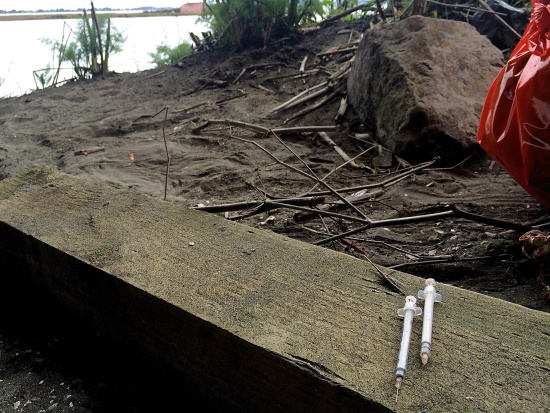 Few cops in the Problem Oriented Policing division tackle these areas and as a result, Hubbard knows not only the various popular locations, but many of the individuals as well – and their dogs, unfortunately, as recent bite marks on his hand attested.

A census by the department tallied about 130 homeless individuals residing in and around the Eureka outdoors, some on city land, some on county, some on private property. Hubbard said he’s known one woman, Iris, who’s been homeless for over 20 years, and raised her now-adult children that way. “The boys” continue to camp in various locations, he said. “At some point, we’ve got to break the cycle.”

Directing addicted and unstable people to social services doesn’t work, he noted, shaking his head. “I can lead horses to water…” 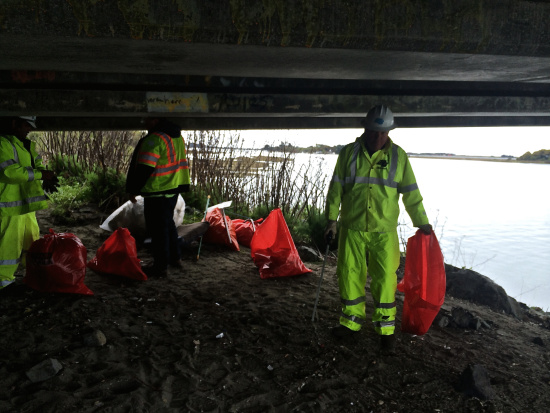 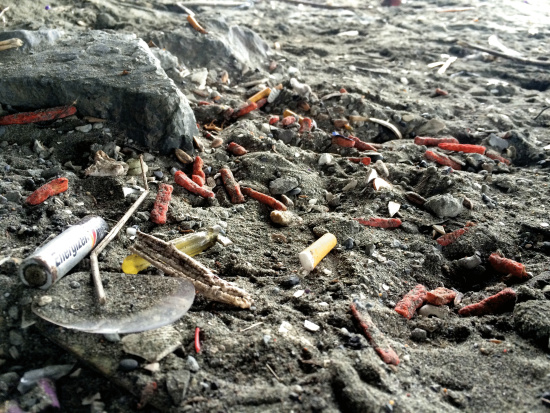 For the moment, one cleanup at a time. 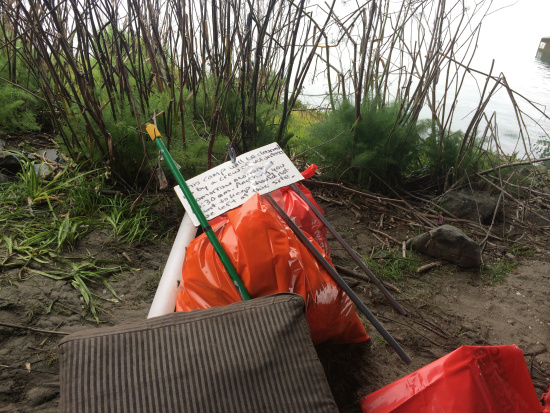