EPIC Convinces Feds that Spotted Owl May Be Endangered 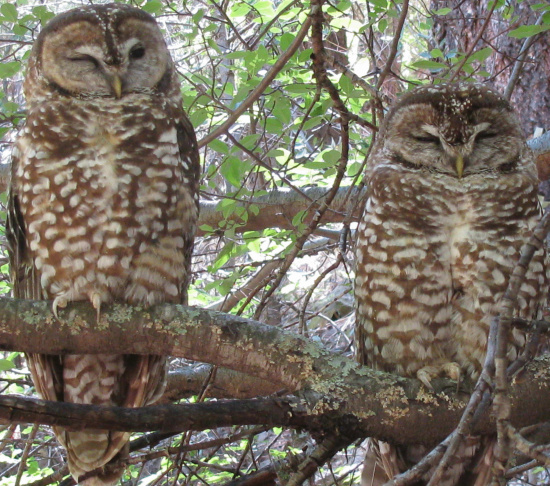 Timber war veterans from the ‘90s will remember the northern spotted owl as the tree-hugger’s beloved mascot. The Environmental Protection Information Center (EPIC) says that things have actually worsened for the rare bird since then, leading the U.S. Fish & Wildlife Service to issue a “positive initial 90-day finding on an EPIC petition to reclassify the iconic northern spotted owl from a ‘threatened’ to an ‘endangered’ species.”

In other words, EPIC provided enough evidence for the feds to basically say that they (EPIC) are on to something, and the owl’s numbers aren’t good. 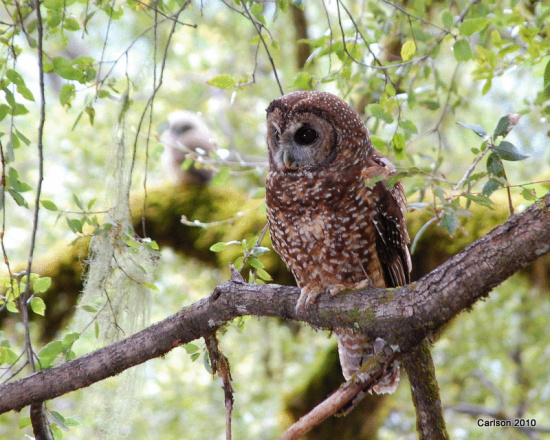 “They’re a keystone species, so when they’re in decline you want to pay attention,” said Thomas Wheeler, program and legal coordinator for EPIC. “The 90-day finding is the most preliminary finding, so this is kind of a low hurdle,” he added.

[Don’t let the name fool you: The “90-day finding” is supposed to be a three-month process, but the petition for the owl’s reclassification was submitted almost three years ago. Bureaucracy is slow. For example, the “12-month finding” is due in September of 2017.]

“Uplisting will have meaningful impact for spotted owls,” Wheeler said. “This is the first step to ensuring that we’ll have spotted owls in California for our grandchildren.”

According to Capital Press:

“Spotted owl numbers have continued to decline, and the species is estimated to number less than 4,000. The bird’s status was last reviewed in 2011, when Fish and Wildlife felt it still warranted protection as a threatened species.”

So why is this still a thing? Weren’t spotted owls given protection during the timber wars?

Wheeler said that while habitat protections were put in place, forest fires, commercial parcel mismanagement, barred owl predation and increased rodenticde use kicked the spotted owl while it was down. “Without those existing protections, the spotted owl would’ve been sunk a long time ago.”

Today, the United States Fish and Wildlife Service issued a positive initial 90-day finding on an EPIC petition to reclassify the iconic northern spotted owl from a “threatened” to an “endangered” species under the Endangered Species Act. The positive 90-day finding on EPIC’s petition to reclassify the northern spotted owl demonstrates that sufficient evidence exists that existing conservation measures have not been enough to protect and recover the owl, and that additional, more stringent and immediate measures are necessary to achieve this goal.

EPIC submitted a reclassification petition for the northern spotted owl to the U.S. Fish and Wildlife Service on August 15, 2012. Today’s decision clearly demonstrates that the owl is in trouble across the species’ range, and that more stringent protections and conservation measures are necessary.

The northern spotted owl is an iconic keystone species which is dependent on large blocks of intact old-growth forests to provide for habitat. The owl was a focal point of the timber wars of the 1980s and early 1990s and was listed as a “threatened” species under the ESA in 1990. The listing of the northern spotted owl under the ESA lead to sweeping changes in land management practices on public lands with the advent of the Northwest Forest Plan during the Clinton era. The Northwest Forest Plan created a large system of reserves for the northern spotted owl and other old-growth associated species known as “Late Successional Reserves.” Although logging of suitable spotted owl habitat has been substantially curtailed on public lands, it has not been completely eliminated. What’s more, conservation of the northern spotted owl on private lands has largely been left up to voluntary measures, such as Habitat Conservation Plans and Safe-Harbor Agreements. Logging of suitable owl habitat continues at a frightening rate on private lands in California and across the species’ range, and even the U.S. Fish and Wildlife Service itself has decried the inadequacy of private lands regulatory mechanisms in California to protect and conserve the species.

Indeed, the latest study on northern spotted owl populations shows significant declines in several northern spotted owl vital statistics across most demographic areas studied, including the Green Diamond study area here in Humboldt County. Another population study, due out in June, is predicted to have even more dire results, showing alarming declines across the population.

“The positive initial 90-day finding on our petition to reclassify the northern spotted owl from a threatened to an endangered species demonstrates that the U.S. Fish and Wildlife Service can no longer deny the extreme threats now facing the species,” said Rob DiPerna, California Forest and Wildlife Advocate at EPIC. “It is now clear that more stringent, more aggressive, and more immediate actions are necessary to ensure that the northern spotted owl survives, recovers, and thrives in the wild.”

Other conservation groups have supported EPIC’s efforts to see the spotted owl listed as endangered, including Conservation Congress. “While it is important the Fish and Wildlife Service is acknowledging the dire population declines in northern spotted owls warrants a review for endangered status, it remains incomprehensible that the agency continues to sign off on logging of owl habitat under the unscientific ruse of saving habitat from fire while also authorizing ‘take’ of reproductively successful pairs,” said Denise Boggs, Executive Director of Conservation Congress. “The Service must insist on protecting all remaining suitable owl habitat and no ‘take’ should be authorized for a species with declining populations throughout its range,” she said.

The positive initial 90-day finding by the Service will now set into motion a 12-month period in which it will conduct a full status review for the spotted owl in order to determine if reclassification is warranted. The Service expects to complete this 12-month review in 2017. EPIC will continue to engage at each stage of the listing process and will continue to advocate for the reclassification of the northern spotted owl, and for implementation of more stringent, more aggressive, and more immediate actions in order to save this iconic and imperiled species from extinction.