Your Week in Ocean: The Great Sea Otter Mystery! 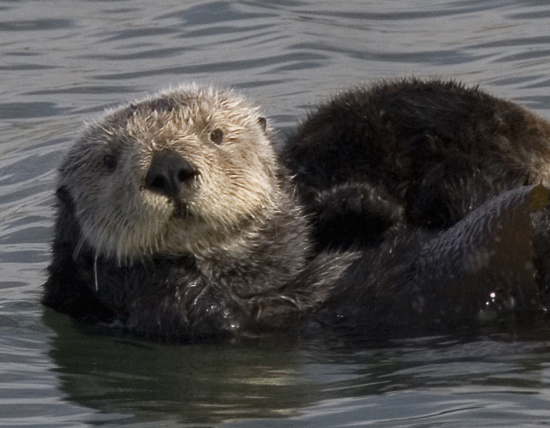 You may recall the poor, dead sea otter that washed up on the South Spit last year. (At least one LoCO reader does, as I was asked, “Did they ever find out anything about that sea otter?” during a recent trip to the beach. If you are wondering, “What?,” review here.)

Surprisingly (to me), this wasn’t the first time; in 2012, SeaOtters.com published, “The Humboldt County Sea Otter Mystery.”

As previously noted, the 2014 carcass was examined by California Department of Fish and Wildlife experts. Laird Henkel, a senior environmental scientist with the department, reported back:

We examined the carcass here, and determined that the animal (an adult male), may have died of cardiomyopathy (heart failure), which in turn could have been caused by a number of different possible factors, such as domoic acid intoxication or protozoal parasite infection. However, the carcass was quite decomposed, making it difficult to be precise about the cause of death.

The most interesting thing about this animal is that genetic testing (conducted by the Seattle Aquarium) showed that it was a northern sea otter (as opposed to a southern sea otter).  Thus, it came from the population living from Washington and north, rather than the central California population.

If you want to brush up beforehand, here‘s the 2014 Sea Otter Census results. Or watch this adorable video instead:

Can’t promise any sea otters, but a good time should be had this Saturday, March 21 at the Northcoast Environmental Center‘s Japan Tsunami Marine Debris monitoring and cleanup. Come help look for potential artifacts from the tragic 2011 Tohoko earthquake and tsunami, and assist in making the beach cleaner along the way. Meet at the Samoa Beach parking lot at 10 a.m. (LoCO Earth says it’s going to be a nice day.)