« YOUR WEEK IN OCEAN: Go Look at Gray Whales (But Don’t Disturb the Snowy Plover) 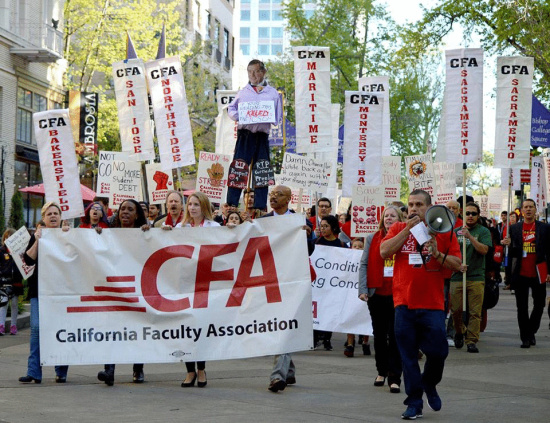 Looks like the faculty strike won’t happen after all.

Less than a week away from a threatened five-day walkout across the California State University system, CSU and faculty leaders say they’re ready to announce a tentative salary agreement that will, at the very least, postpone the scheduled strike.

The details of the deal won’t be released until Friday during a 10 a.m. press conference.

The California Faculty Association, which represents 26,000 members, has been asking for a five percent general salary increase while CSU has offered just two percent. The strike was scheduled for April 13-15 and April 18-19 across all 23 CSU campuses, including Humboldt State University.

The deal announcement comes on the heals of a 48-hour “blackout period” — a truce, of sorts, to allow for more intensive negotiations. On Wednesday the faculty association’s dedicated strike Twitter account sent out the following message:

BREAKING NEWS: A 48hr blackout period is declared as negotiations are under way. Let’s hope this can be resolved! https://t.co/oFmh7tdMjH