Arcata Theatre on the Market for $1.85 Million 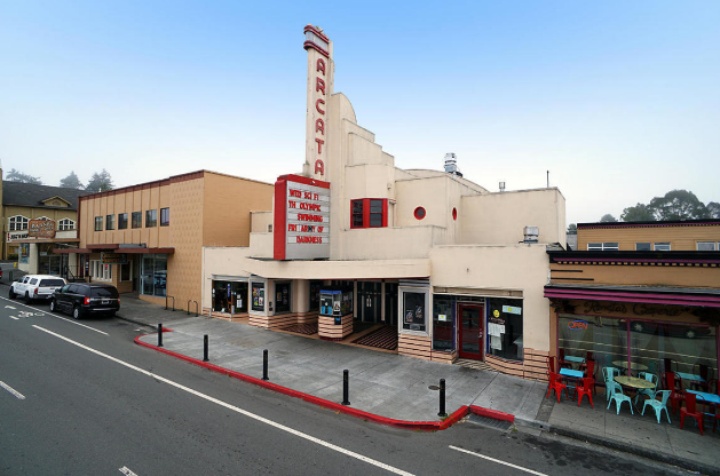 Photo from the real estate listing.

Have you always wanted to own a beautiful movie palace from cinema’s Art Deco heyday? Or maybe a live entertainment venue with a kitchen and full bar? Or perhaps you’re looking to invest in a hipster hangout guaranteed to attract college students with beer and regular screenings of The Big Lebowski?

The 78-year-old Arcata Theatre is — in its current incarnation — all of these things, and it’s now on the market for a cool $1,850,000. The listing boasts of amenities added during the venue’s 2009 renovation, undertaken by current owners Brian and Lara Cox. They made the place ADA-compliant and added a commercial kitchen, a bar with full liquor license and upgrades to sound, lighting, plumbing and more.

The price includes the two commercial rental spots tucked into the wings of the building, spaces currently occupied by Smug’s Pizza and the Bluegrass Barber.

We left a message for the Coxes earlier today but have not yet heard back. The Arcata couple has operated the place as the Arcata Theatre Lounge since April 2009, featuring everything from live reggae to comedy nights, fundraisers (such as the Mr. Humboldt Pageant) and an eclectic mix of movies.

With the recent opening of the Miniplex at Richard’s Goat Tavern & Tea Room, along with the imminent reopening of the Minor Theater, there’s now plenty of competition on the movie-screening front. Will the next owners seek to reinvent the venue once again?