Two Once-Busted Humboldters Get Healthy Settlement From State of Iowa 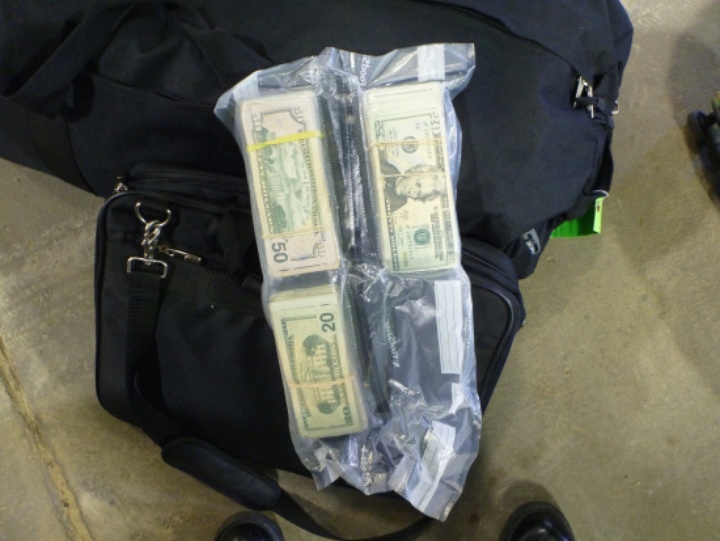 Iowa state troopers took this cash — $100,020 in total — off a couple of Humboldt fellows traveling through the Midwest in 2013. Now our guys are getting it back with interest.

UPDATE, DEC. 16: Sgt. Nathan Ludwig of the Iowa State Patrol reaches out to the Outpost to let us know that the Iowa City Press-Citizen got one of its facts, below, wrong — the asset forfeiture team was actually disbanded way back in February, he says.

Back in the spring of 2013, a couple of Humboldt County dudes — William Barton Davis of Eureka and John Newmer­zhycky of McKinleyville — were driving down Interstate 80 through the state of Iowa when a state patrol car started shadowing them. After about 15 miles, the trooper pulled them over. He said they hadn’t used their turn signal when passing an SUV.

While there on the side of the road, the police brought in a drug-sniffing dog to sniff out the Humboldters’ rental vehicle — a red Nissan Altima with Nevada plates. Lo and behold, the dog alerted. When officers searched the car, they found a cool $100,000 cash (and a tiny bit of the demon weed). The Iowans didn’t arrest Davis and Newmer­zhycky — they merely confiscated their cash and sent them on their way.

But Iowa sent word back to Humboldt County, and a raid on the men’s homes ensued. Local sheriff’s deputies found hundreds of plants and over 50 pounds of processed weed, along with sundries.

You know what happened then, though? The men turned around and sued the pants off of the state of Iowa and demanded their money back. And yesterday they won. Not only did they get their money back — or 90 percent of it, anyway — they get an extra $60,000 for their trouble. Not only that, but the state of Iowa completely disbanded the state asset forfeiture unit. (That last bit is just a, uh, coincidence? That’s the state’s official position on the matter.) (UPDATE: Not coincidence at all, it turns out — because apparently it did not coincide. See above.)

What the hell, you say? Well, it turned out that the trooper’s dashboard cam proved that our folks did, in fact, use their turn signal when passing that fateful SUV, contrary to what the officer said was his reason for making the stop. Also: The men happened to be on a poker-playing road trip at the time — they had been traveling between World Series of Poker qualifying events — and they said the confiscated cash had been their bankroll.

The case came just before a wave of outcry — from both the left and the right — against civil asset forfeiture practices in law enforcement nationwide, and the incident got quite a bit of national press. Then, last year, a Supreme Court decision put the hammer down on cops who make detained citizens wait around forever so’s they can get a drug-sniffing dog to the scene. Which the cops in this particular case did.

So that’s that! Humboldt rules, Iowa drools. See the links below for yet more detail.