« Don’t Panic, Carlotta! The Sheriff’s Office is Blowing Up a Tree at Pamplin Grove 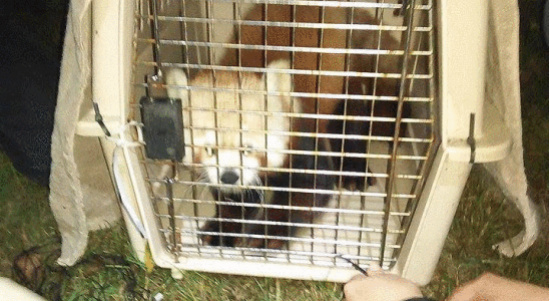 Once again, Masala has left us. The Sequoia Park Zoo’s most Houdini-like resident, who famously captivated the world last fall when she escaped her enclosure to take a redwood forest walkabout, has been shipped east to the Knoxville Zoo. Once in Tennessee, Masala will enter into a world of polyamorous panda love with the goal of producing more red, fuzzy eyeball magnets. Red hawt!

Below, courtesy the Sequoia Park Zoo, is the last known photo of Masala in Humboldt before her departure Tuesday. LoCO was unable to find a photo of the Knoxville Zoo’s red panda pen. Hopefully it’s up to the job.

Masala goes east! Panda zookeepers Lindsey and Kelsey visit with Stella and Cini in the panda exhibit. We said farewell…