Humboldt County voted against marijuana legalization last time it was on the ballot, in 2010, and Southern Humboldt — the weed-growing capital of the county — voted against it by a wide margin. This has given us a certain reputation.

”I can’t read an article about Prop. 19 that doesn’t reference the fact that people up here voted against it,” said Jason Kinney, the lobbyist heading up this year’s legalization initiative, when he visited the Outpost a few months ago. “I am determined to turn that around.” 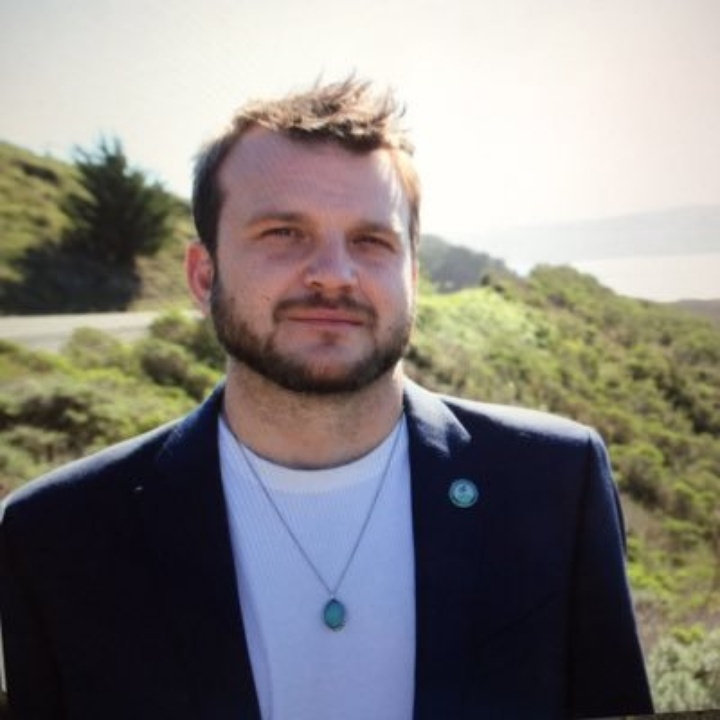 Kinney, then, must have been disappointed when he read this morning’s Reuters story featuring Hezekiah Allen, one of the most prominent Humboldt County voices in the state’s new cannabis industry, which is rapidly digging itself out from the underground. In the story, Allen — who serves as executive director of the California Growers Association — told reporter Rory Carroll that he would not be voting for Proposition 64, the initiative on this November’s ballot that would legalize marijuana for recreational use.

This surprised us a bit, given the growing momentum for legalization. But Allen knocks Proposition 64 for several reasons, all of which boil down to the position that the initiative doesn’t provide enough protection for small growers.

But why should cannabis legalization protect small growers? Why can’t legalization just be legalization? The Outpost caught up to Allen on Facebook chat this morning to ask him. Our exchange, lightly edited for grammar on both sides, is below.

Two things: Allen, in our interview, was speaking for himself, not his organization. And though he will not vote for Prop. 64, that isn’t to say Allen would vote against it. “Blank is an option,” he said.

ALLEN: Prop 64 opens the door for consolidated ownership and market capture. Current law (MCRSA) has protections against this “business as usual” approach. Over the last several decades we have seen the destruction of the middle class — with this phenomenon especially pronounced in agriculture and farming. Cannabis has been insulated from this “profit first” culture because of prohibition. As prohibition crumbles the green rush mentality has taken over. The imperative is to get ahead of the green rush while rejecting prohibition. Prop. 64 opens the floodgates for the industrialization of agriculture — where workers and natural resources are secondary considerations and profitability reigns supreme. I think the state legislature did a great job of balancing between private and public interests and the legislation passed last year should be the foundation for regulated adult use Cannabis.

This is the thing that’s always puzzled me about your position, though: It seems not to take consumers into account. Essentially, you are saying that the franchise should be restricted to small growers, and especially those who have flouted the law for the last 40 years. The government has provided us price support, in the form of prohibition, all this time; therefore, they must provide price support for us forever. We want weed to be legal, but we only want it to be legal for us to manufacture it.

Don’t the consumers of marijuana deserve some economic justice as well?

Of course consumers deserve economic justice. In fact, the concept doesn’t put producers against consumers. That’s a false dichotomy. Have you ever heard of the high cost of low price? To assume lower prices is economic justice is simply ignorant.

And you are completely wrong about your assertion that only folks who have been producing should get to. We rejected protections for existing businesses in state law. Ensuring the marketplace is dominated by as many independent businesses as possible provides opportunity for more business owners — established and startups.

Lastly: A critical review of data regarding prices indicates that California has already seen the reduction in pricing to producers that legal states have. Supply chain inefficiencies have prevented these savings from being passed to the consumer.

Would the U.S economy be better off if all agriculture were regulated in the way you propose? Like: Farmer, you may only grow up to half an acre of lettuce. Rancher, you may run no more than 25 head of cattle.

Absolutely. Industrial agriculture is a failed paradigm. It has killed rivers and destroyed the middle class.

It seems inarguable that this would make the production of lettuce and beef massively inefficient.

The efficiency of industrial agriculture are not real efficiencies. They rely on externalizing costs.

I’d recommend you check in with economists on the subject. Here, I’ll get you a quick report: (LINK)

Also, would it not force way more people to become farmers than want to be farmers? If we want to grow enough food, I mean? It sort of smacks of one of Mao’s big ideas — the Great Leap Forward, I think. Or maybe it was the Cultural Revolution. [Ed. note: Maybe I was thinking of the “Down to the Countryside Movement,” or of Pol Pot.]

If farmers could only grow half an acre of lettuce (or wheat, or corn, or turnips) we would need a lot more farmers.

I’m not saying a half an acre.

No, never suggested that the limits for Cannabis be applied across the board.

Well. When you and I were on “Forum,” you suggested that Humboldt’s microclimates produced superior product, and always would. Why, then, do you fear competition from Big Ag?

Why do you need to legislate against competition from Big Ag?

But on the backs of consumers.

Someone has to provide price support for you to make this happen.

Who pays for the impacts caused by the reality that the Colorado River no longer meets the ocean? Society still bears the cost. The costs don’t go away. They are just externalized.

Sometimes the Mattole no longer meets the ocean.

I know. That’s what catalyzed me to work on this.

I’m not sure why 300 acre-sized farms in a backwoods watershed are more water-efficient than a 300-acre farm in Fresno.

1. Resource-efficient agriculture is labor intensive. The main “efficiency” of industrial Ag is mechanization and cutting labor. These methods are less efficient.

2. Water can be stored on a small and micro scale with significantly more care to flow regimes. Industrial scale reservoirs are very different than on site storage.

Also, you’re making assumptions. Again: not advocating that “backwoods” growers have a monopoly. Quite the opposite. Advocating that all farmers have an opportunity to add some cannabis to their crop portfolios. The ability to catalyze the shift from industrial monoculture to sustainable polyculture is a unique opportunity to make progress toward a global imperative.

So you think this is a politically viable position: That cannabis, though an agricultural crop like any other, must be regulated differently and more restrictively not because it is a drug, but because it is a new crop, and therefore we can mandate that it be grown in a sustainable fashion.

You’re saying: Perhaps it can be a model for how we regulate agriculture in the future.

The second one. Except “perhaps” is unnecessary. Cannabis — and the regulatory framework passed by legislature — is a model for how to regulate agriculture. One of the biggest challenges to transitioning our economy to a sustainable future is the disruption to existing businesses.

Cannabis exists independent of that system, and we have a small window of opportunity to ensure our communities and watersheds are of equal value to profitability. We need to fundamentally reconsider the way our farms and businesses relate to the natural world. Cannabis is an opportunity to do that.

It strikes me that though you often decry the criminalization of marijuana — the fact that it sent so many growers off to prison, over the years — you must in some sense be thankful for it. If there were never prohibition, then there would be cannabis megafarms all up and down the I-5 corridor right now. Or the I-70 corridor, more likely.

I am absolutely not thankful for it.

Didn’t it provide a middle-class lifestyle for small Humboldt farmers? Didn’t it prevent the corporatization of the crop?

Yes, it kept the crop insulated from the industrialization and it created the unique opportunity we have today.

It also led to a lot of negative impacts.

I’m not thankful for it, but it is what it is.

I believe we need to do a better job balancing between economy, ecology and society. Cannabis is a unique opportunity that I was born into. So I am making the most of it.

OK. I’ll let you get back to it. Thanks, Hezekiah!

For a good, neutral rundown of Prop. 64, see Ballotpedia. The full text of the proposition can be found here.