College of the Redwoods Extends Spring Break Due to COVID-19 »

(PHOTOS) Get Pumped for the Freshly Named ‘Redwood Sky Walk’ 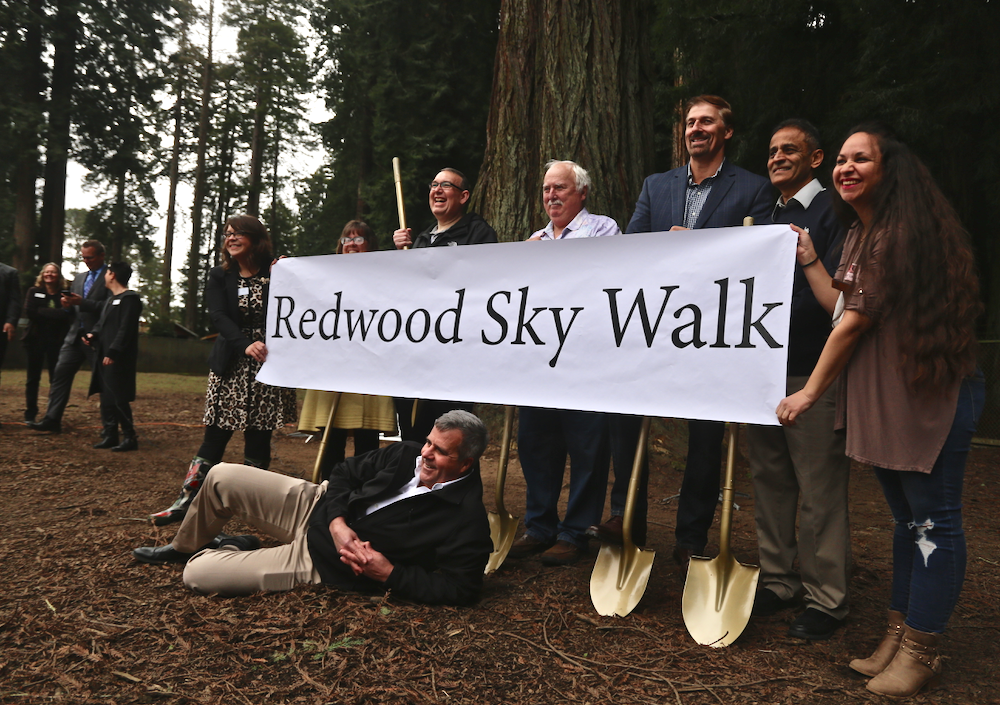 New name! At the groundbreaking for the “Redwood Sky Walk” | Photos: Andrew Goff

Sequoia Park Zoo staff, city officials, project planners and representatives from Humboldt, Eureka and Arcata Lodging Alliances broke out the gold shovels and giant novelty checks this afternoon at a groundbreaking ceremony for the “Redwood Sky Walk,” which is the new, official name of the Redwood Canopy Walk project.

After a brief introduction from Eureka City Manager Dean Lotter, Sequoia Park Zoo Director Gretchen Ziegler thanked the crowd for coming and gave a little bit of background on the project planning.

“The canopy walk has been on our radar since 2006,” Ziegler said. “All this while we’ve been trying to build momentum and find the funding for it. We’ve always known this was a great idea, it just took a while to get us to this point.”

The project is a part of Phase II of the Zoo Master Plan, which includes upgrades to existing facilities and the addition of a Natural Predators exhibit which will hold mountain lions, coyotes and bears.

With the addition of these new features, the Sequoia Park Zoo does intend to raise admission prices, Sequoia Park Zoo Foundation CEO Leigh Pierre-Oetker told the Outpost. But the amount has not been established yet.

Initial project designs for the Redwood Canopy Walk were done by local company Greenway Partners. Project manager from Greenway, Kirk Cohune, provided a brief overview of the plans, explaining that a ramp will start inside of the zoo grounds ascending to a 28 foot high platform and entering the redwoods. The walkway will be nearly 1100 feet in length, Cohune said, and will include an “adventure leg” — a swaying bridge — and a more solid, ADA-accessible leg. Though most of the walkway will be about 60 feet above ground, some sections will be 100 feet above the forest floor.

The walkway will be constructed by Oregon-based company Synergo, the company deemed the best fit for the project out of thirteen applicants. Synergo CEO Erik Marter said he is very excited to work on this project, which he feels will help encourage folks to get outdoors and will be beneficial for Eureka and the zoo. 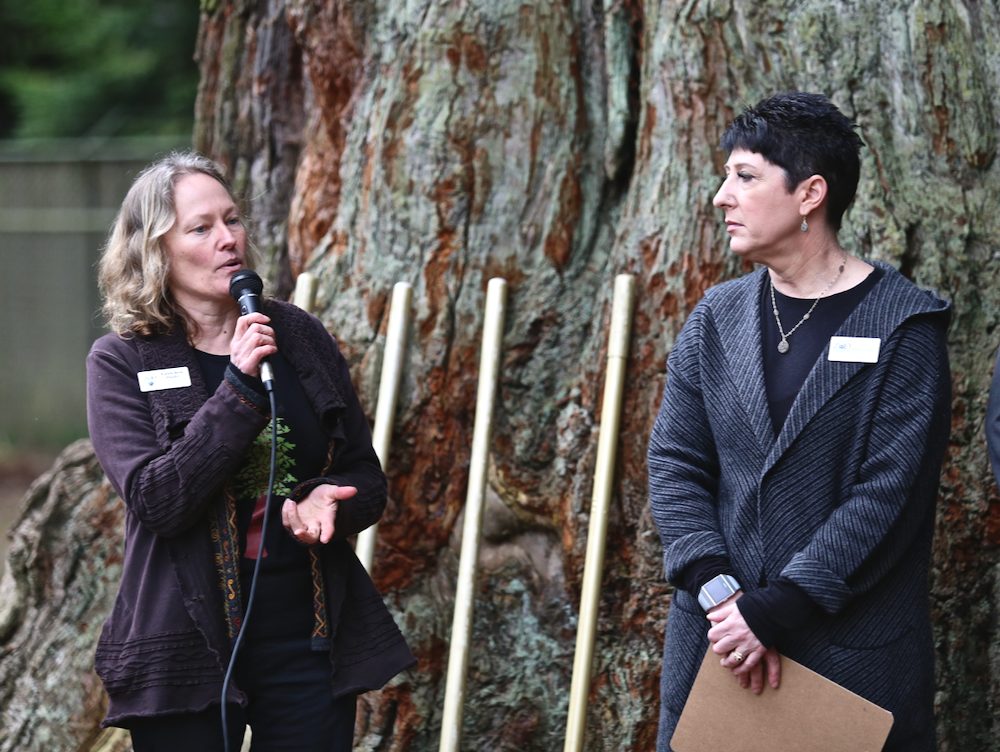 Kirk Cohune of Greenway Partners and Erik Marter of Synergo

Then it was time for big checks! Representatives from Humboldt, Eureka and Arcata Lodging Alliances presented the zoo with a giant check for $2.3 million and the Sequoia Park Zoo Foundation presented another $101,035 raised for the project.

Better than your shovels

The event ended with the ceremonial shoveling of dirt, led by “Golden Shovel M.C.” Eureka Community Services Director Miles Slattery, who announced the official new name of the walk to the crowd.

“So the name of the once-other-named project formerly known as the canopy walk is now the ‘Redwood Sky Walk,’” Slattery said.

Construction on the Redwood Sky Walk will begin tomorrow and the project is expected to be operational by September. If you would like to find out more about how construction will affect the park and surrounding neighborhood, you can attend a walk led by project planners this Saturday, March 14 from 2 to 3 p.m. The walk will meet at the Sequoia Park entrance.

Scroll down for more photos of today’s ceremony. 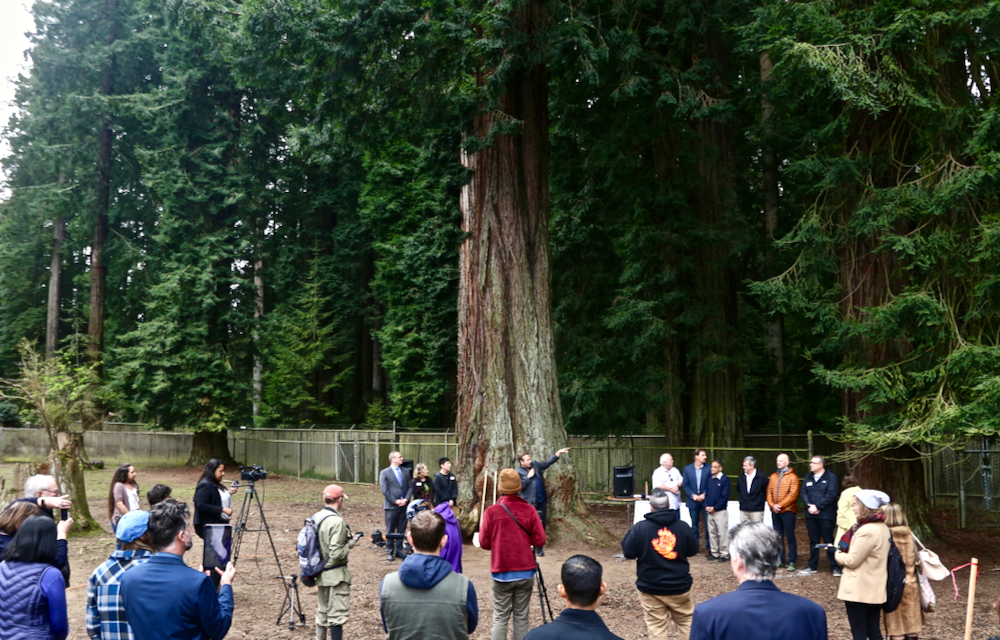 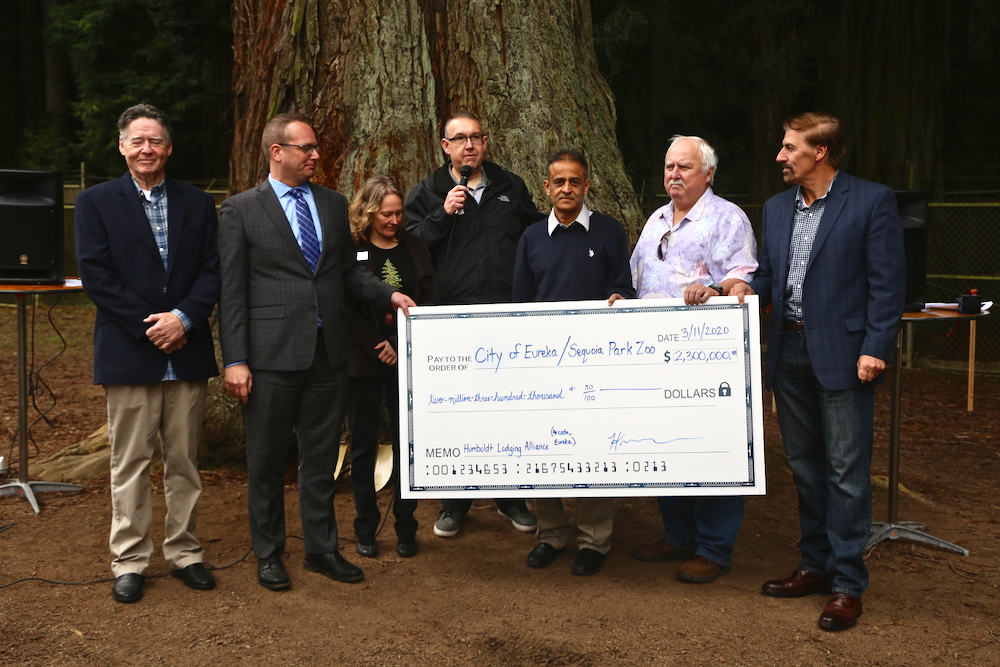 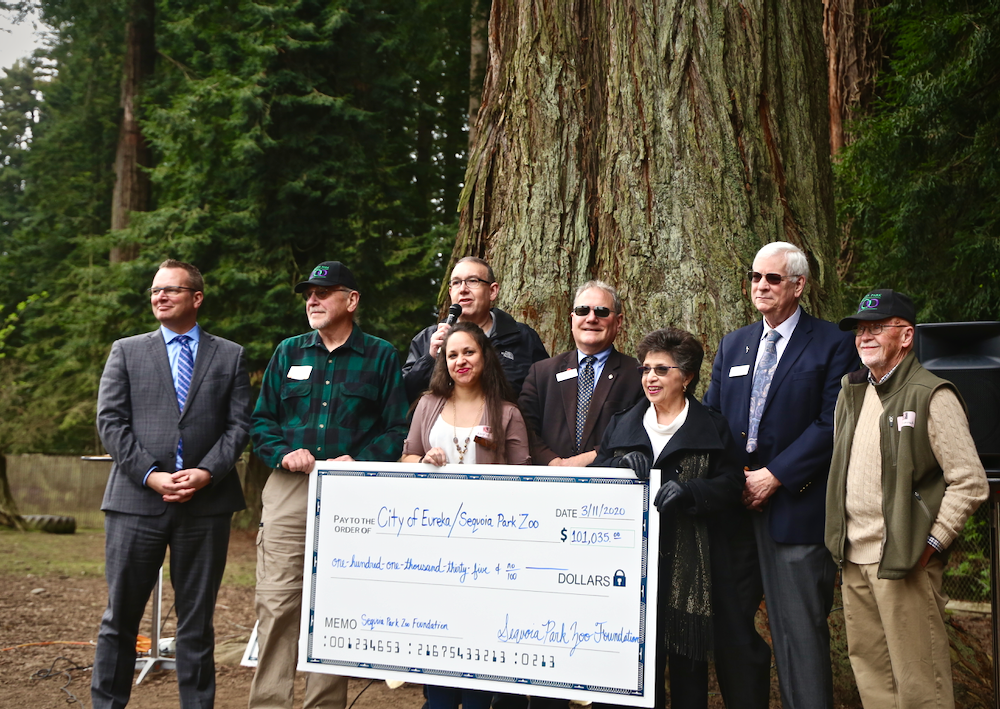 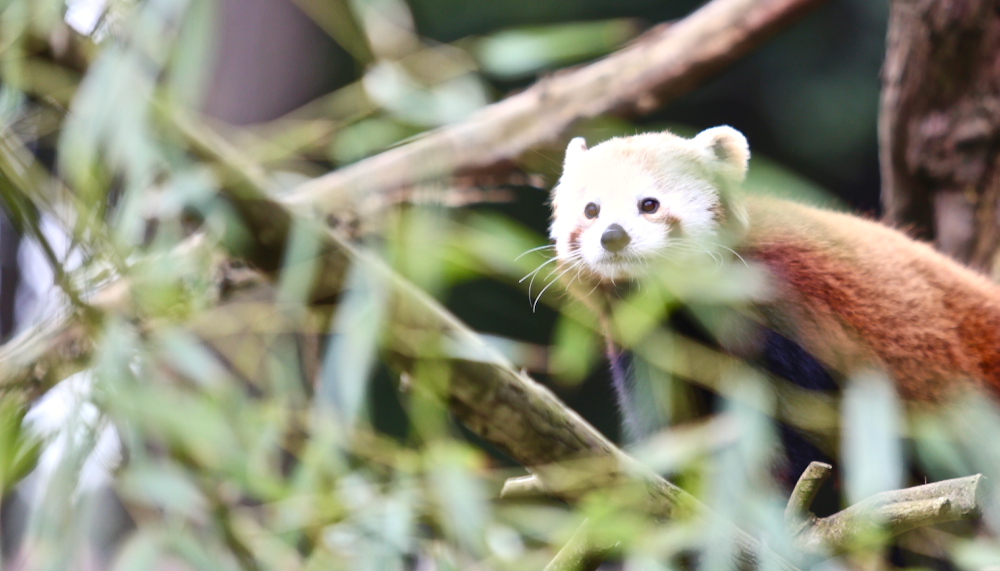