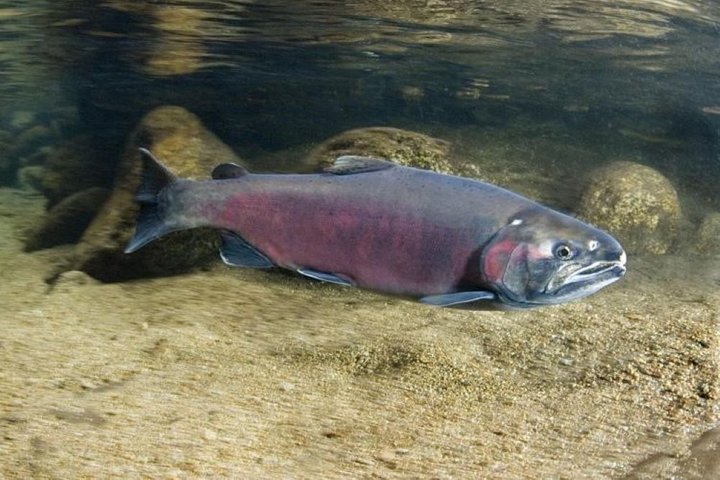 The U.S. Bureau of Reclamation announced this week that an additional $2.7 million will be pledged toward restoring threatened coho salmon populations and their habitat in the Klamath River basin.

The 2021-2024 Klamath River Coho Restoration Grant Program funds will be administered by the National Fish and Wildlife Foundation in an effort to improve the species’ survival and recovery in Northern California and Southern Oregon.

“Reclamation, along with our partners, is taking significant steps to restore habitat and coho salmon populations in the lower Klamath Basin,” Klamath Basin Area Office Acting Area Manager Jared Bottcher was quoted as saying in a press release. “We are pleased to provide additional funds to this important grant program to continue our efforts. Through implementation of the grant program, Reclamation has reaffirmed its commitment to restoring resilient coho salmon populations and their habitat in the Basin.”

The main projects funded by the grant include riverbank and instream habitat restoration and improvements, fish barrier modifications and passage improvements, fish screens and water conservation. These efforts will be focused on the main stem of the Klamath and its tributaries from the river’s mouth to 190 miles inland.

The Bureau of Reclamation said it plans to award $1.2 Million of the grant during the 2021 fiscal year, and as much as $500,000 per year between 2022 and 2024. Eligible applicants for these funds include local, state, federal, and tribal governments and agencies, special districts, non-profit organizations, schools and universities.

The Outpost reached out to the Yurok Tribe — whose reservation includes a 40-mile tract of the Klamath River — about the increased funding for the Klamath River Coho Restoration Grant Program, but did not receive a response.