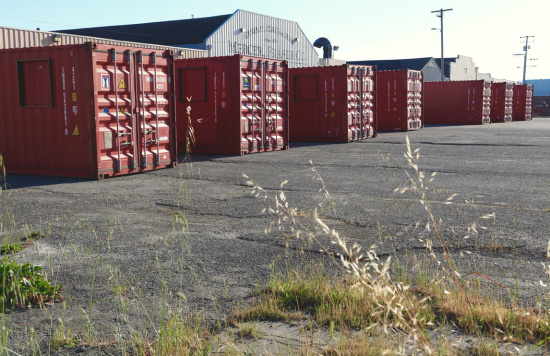 And this morning there were seven | Photo: Andrew Goff

The Eureka City Council voted 4-1, with Councilmember Melinda Ciarabellini dissenting, to lease the Mercer Fraser parking lot at that site and add it to its list of places where homeless people might be housed under its declaration of a “shelter crisis” back in January. Representatives from the Humboldt Coalition for Property Rights and the Betty Kwan Chinn Day Center, the groups who jointly proposed the village, believe they’ll have the site up and running less than two weeks from now – on May 2, the city-imposed deadline to remove the homeless encampments from the Palco Marsh.

The city council’s vote in support of the proposal came not only in the face of a lawsuit threat, but despite long, sometimes tearful protest from businesses in the vicinity of the new shelter. Last night, around 30 members of the public addressed the council on the topic, most of them opposing the proposal.

Above: Complete video of the hour-long public comment period.

One of them was Adam Dick, co-owner of Dick Taylor Chocolate. He told the Council that he and his partner took a bit of a chance in moving from Arcata to Eureka, to a “neighborhood in transition,” but the company has been putting a lot of work into beautifying the vicinity and making it a destination for locals and tourists.

“This feels like a little step backward, with all of the work we’ve been trying to do,” Dick said.

Dick was among many local business owners expressing concern for the safety of his employees, or about how the homeless encampment might exacerbate what they characterized as already unacceptable levels of crime and general lawlessness in the heart of Eureka’s downtown business district.

Nevertheless, the city has been on a fast track to move everyone out of the Palco Marsh since Mayor Frank Jager gave a surprise speech on the subject back in March, and the container village looks like the only thing on the horizon that may meet the terms of the city’s official specs for a sanctioned alternative – a total lifespan of no more than six months, involving no expenditure of public funds, and that needs to be ready for occupancy more or less now.

Councilmember Kim Bergel, who has been the most active of her colleagues in working with residents of the Palco Marsh to find housing alternatives, said that she heard the concerns of the business owners in the neighborhood, and hoped that they would continue to communicate with the council and work together to find long-term solutions to the homelessness problem in the city. But she emphasized that the container village is a short-term project, and she thanked HumCPR and Betty Chinn for responding to the city’s call for options.

“This is a six-month managed process,” Bergel said. “This isn’t through the winter. I support this, and I appreciate that people are coming forward. I hope more people come forward.” 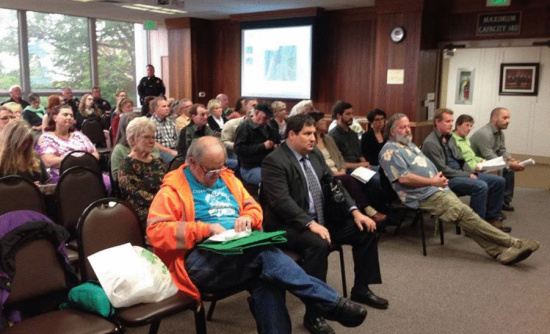