MISSING: Humboldt County Woman Did Not Arrive in Oregon as Expected »

UPDATE, 4 p.m.: Supervisor Mark Lovelace weighed in on social media with his thoughts on this latest development, and in response Robert “Woods” Sutherland emailed local media outlets a couple of outraged quotes. Here’s what Supervisor Lovelace had to say:

Friends, Supervisor Lovelace has been badmouthing our effort to attain compliance with the law and respect for the environment. Therefore you may wish to quote my replies: 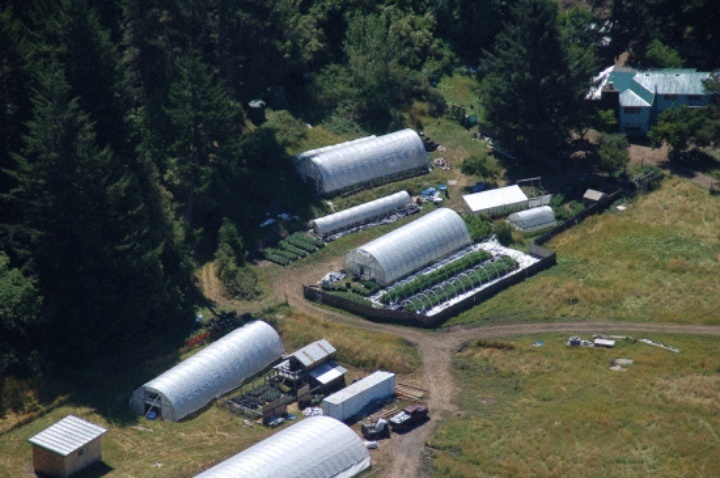 Following through on its recent threat, the Humboldt-Mendocino Marijuana Advocacy Project (HuMMAP) today is filing a motion in Humboldt County Superior Court in an effort to enforce the settlement agreement reached with Humboldt County over the county’s medical marijuana ordinance.

HuMMAP, founded by SoHum activist Robert “Woods” Sutherland, sued the county in February over its Commercial Medical Marijuana Land Use Ordinance (CMMLUO). As part of a settlement agreement reached in July the county agreed not to stop accepting applications after Dec. 31 and not resume until an Environmental Impact Report is completed.

So why the renewed legal action? It concerns another deadline referenced in the ordinance. Section 55.4.9.4 states that growers who were cultivating before Jan. 1, 2016 needed to register with the county within 180 days of when the ordinance took effect in order to receive discretionary permits and zoning clearances. (You can find that section of the ordinance here.) Those 180 days ran out back on Aug. 23.

But the county says that deadline should be ignored because it’s contradicted elsewhere in the ordinance and because it runs counter to the Board of Supervisors’ stated intent of bringing as many existing growers as possible into compliance with local regulations. On Sept. 22 Interim Building and Planning Director Rob Wall signed a policy statement saying the county should interpret the contradictory code in a way that allows growers to keep filing for discretionary permits and zoning clearances through the end of the year, even if they missed the Aug. 23 deadline.

HuMMAP attorney Rachel Doughty, of Berkeley firm Greenfire Law, told the Outpost this morning that she was preparing to file a motion to enforce the existing settlement agreement. The county, for its part, has argued that state law gives the building and planning director broad authority to interpret code where the regulations are unclear. And its standing by its decision.

“We will not revoke the policy statement,” County Counsel Jeff Blanck declared last week, “and the cutoff date for all applications remains December 31, 2016.”