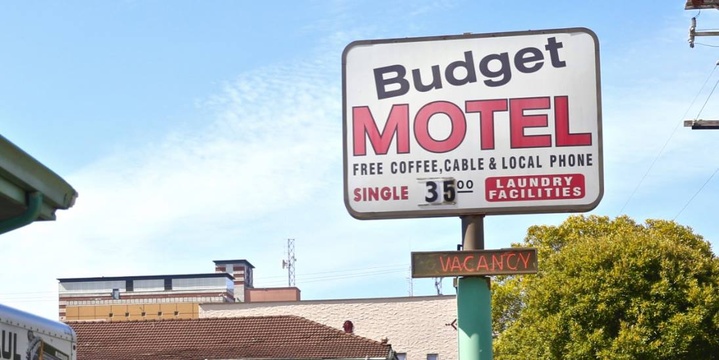 Yesterday, a day before this morning’s enforcement action against the Budget Motel, the Arcata-based developer Danco offered to buy the now-shuttered establishment from its current owner — David Kushwaha — for half a million dollars.

In an interview this morning, made as residents were still moving out and windows were being boarded over, Kushwaha charged that the arrival of the offer letter just as the city was cracking down on the Budget was proof of collusion between the city and the developer — of the city putting pressure on him so that Danco could acquire the property at a discount.

Reached later, the city and Danco both call Kushawa’s charge unfounded and false. Brian Gerving, the city’s public works director and one of the leaders of the enforcement action against the Budget, said that he did not know Danco had made an offer on the property.

“We have had communications with Danco about any number of future development sites that they’re interested in, and I know that they’ve inquired about various sites, including this one, but we haven’t had any discussion with them about this enforcement action or anything similar,” Gerving said.

For his part, Chris Dart, the Danco vice president who wrote the offer, said that he was not even aware that the city would be evicting everyone from the site until a coworker told him about it this morning.

“I didn’t know the city was taking enforcement action,” Dart said. “It was news to me this morning. I had no knowledge of that.”

Kushwaha seems convinced that it is otherwise. This morning, as residents were moving their stuff out, he sat in a reclining chair in his chaotically messy office, a half-empty bottle of Johnnie Walker Black at his feet, and said that the plan the city announced yesterday to recoup the costs of relocating motel residents was all part of a scheme to get the Budget into Danco’s hands.

“They’re putting pressure on us because there are some developers involved, and they’re involved with the city,” Kushwaha said, before his manager showed the Outpost the offer he had received. (Blurry images here and here.)

Danco’s Chris Dart said that the charge was absurd. In the first place, he said, the $500,000 that the company offered Kushwaha was well above what he would consider market value for the land. (Danco considers the buildings themselves as total teardown jobs, Dart said.)

The arrival of his offer in the middle of Kushwaha’s current battle with the city was coincidental, Dart said, but the fact that he was looking at the site — along with many others — was not. He said that Danco has been working with the city to identify blighted properties that Danco might want to redevelop. He said that the city officials provided him a list of some 15 properties — the Budget among them — that might suit Danco’s desire to build some housing in the downtown Eureka area. The Budget just happened to be one of the first ones he took action on.

“The place is obviously dilapidated,” Dart said. “As a developer, we’re wanting to develop housing in the Eureka area, so why not take a site that’s having trouble and turn it into something good?”

It’s not clear where things go from here. Though Kushwaha has vowed to fight the city in court, he doesn’t seem averse to unloading the property.  He said that he sent Danco a counteroffer of $650,000, and is waiting to hear back.

Dart confirmed that he had received a counteroffer, but did not mention the price. He’d like to come to terms. He said that there’s a great need for affordable housing in Eureka — “family housing, veteran’s housing, low-income housing, student housing, homeless housing” — and that Danco would like to follow up on its ongoing redevelopment of the Downtowner Motel into senior apartments with another Eureka project. Though it is still early, Dart said he could see some commercial space at the Downtowner, along with apartments on the floors above.

“If we can put together an agreement, we’ll get a design team together and sketch out some work,” he said.