Today’s KID INK Show at Redwood Acres Has Been Canceled » 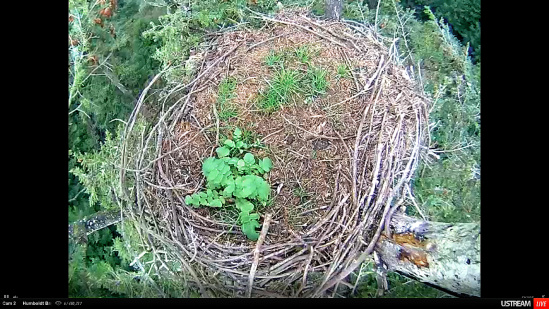 They’ve really let the place go. This screenshot indicates that the once-bustling Humboldt Bay Eagles nest is now a planterbox. Worse still, frogs, squirrels and chickadees have also been squatting while the eagles are out of town. Typical.

So where are the eagles, anyway? According to biologist Sandra Hunt-von Arb:

“They’re off wherever they go during the off-season, although they come by to check their territory periodically (although not always where we see them on the cam).”

And what’s in that raised bed? Whatever sprouted in the mix of twigs, feathers, fish bones, moss, and raptordoo remains a mystery. KHUM’s unofficial botany correspondent Jen Kalt tells us that it’s “hard to see them well… but the non-grassy one looks like possibly wild radish.”

Hang out with Humboldt Bay Eagle fans over on this Facebook group. Until next time, enjoy this family portrait from busier times atop Humboldt’s most famous nest. 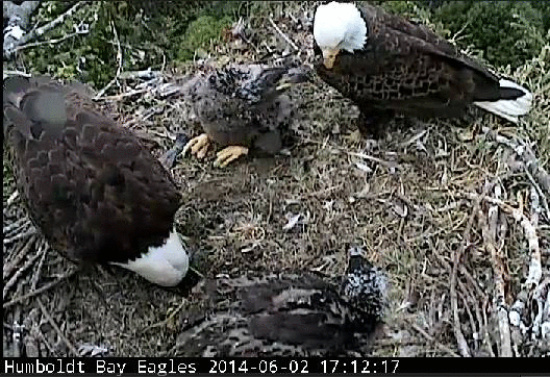