« That Three-Vehicle Crash at Fortuna During Heavy Rain Yesterday? No One Was Hurt

Bullock Withdraws Plea of Not Guilty By Reason of Insanity, Bringing Trial to an Abrupt End 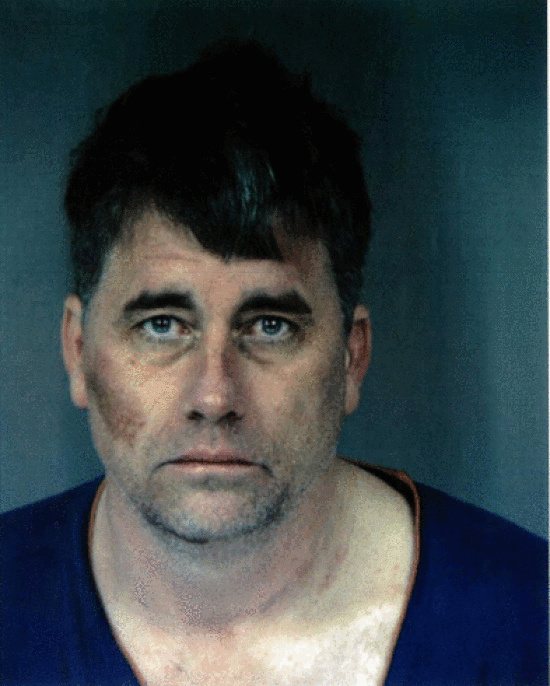 In a surprise development this morning, Gary Lee Bullock, who was convicted earlier this week of the torture and murder of St. Bernard Parish’s Father Eric Freed, withdrew his plea of not guilty by reason of insanity. The decision, which Bullock said he reached on his own, brought an abrupt end to the second phase of the trial, during which experts were scheduled to testify on Bullock’s mental state at the time of the crime.

With the jury and alternates waiting outside the courtroom, Judge John Feeney advised Bullock of his rights, reminding him that he could testify on his own behalf and bring witnesses, if he so chose. He asked Bullock if he wanted to waive and give up those rights and Bullock responded clearly, “I do.”

At the attorneys’ suggestion Judge Feeney also asked Bullock if he’d taken any medication in the last 24 hours. Bullock said he had not. Then, at Bullock’s own request, he stood up and left the courtroom before the jury was brought in.

He grabbed a piece of paper and filed out of the courtroom through a side door. The jury was then brought in and informed that their service in the case had come to an end.

The case was referred to the Humboldt County Probation Department fro a pre-sentencing report, and a sentencing date was set for May 11 at 4 p.m.

After the court recessed, Bullock’s attorney, Caleb Cockrum from the county’s Conflict Counsel office, said his client chose to withdraw his plea on his own, against Cockrum’s advice. “He made a personal choice; I can’t look behind the veil on that,” Cockrum said.

He added the Bullock made the decision just this morning, and he reiterated that the decision ran counter to his recommendation.

“I support him in his decision, [but] it was against my advice,” he said.

Deputy District Attorney Andrew Isaac, the prosecutor in this case, told reporters that he was nervous last Friday when a juror didn’t show up. “What I knew at the time, and you didn’t know, was they [the jury] had already reached verdicts on the first five counts.” If that juror had to drop out for any reason, Isaac pointed out, the deliberations would have had to start over with an alternate juror.

Isaac said he was also nervous about where the jury would land on the murder charge. “The evidence proved multiple times in multiple ways that it was first degree murder,” he said. But he’s been around long enough to know that nothing is guaranteed. “Rationally I had no concerns,” he said. “Empirically I had concerns.”

But the jury came back with unanimous guilty verdicts on all counts.

Karin Freed, the victim’s twin sister, said this morning that she was “thankful, drained [and] elated” by the verdicts, and “shocked” by Bullock’s decision today. Asked if she had any idea why Bullock withdrew his plea she said, “I’m not gonna guess on him. I’m done with him.”

She praised Isaac’s prosecution in the case as methodical and “straight to the point.” And she said the last two-plus years have been draining. “It was torture for me, being his twin sister,” she said. She and two siblings came from out of the area to attend the trial, and they’ll be back for Bullock’s sentencing on May 11.

But while the verdict provided some relief, Karin Freed will never be the same.