As Prosecutors Try For a Third Time to Reinstate Murder Charges Against Nicholas Leigl, The Accused’s Father Argues His Son’s Case

Suspected murderer and gang member Nicholas Leigl has never told police why he never got Jesus Romero Garcia to the hospital the night he was fatally stabbed. But Leigl’s father says he knows.

Dan Leigl, 60, was distraught today after hearing the District Attorney’s Office plans to charge his son, for the third time, with murder.

“This is ridiculous,” the father said. “I know the kid’s  totally innocent. He was just there to see his girlfriend.” 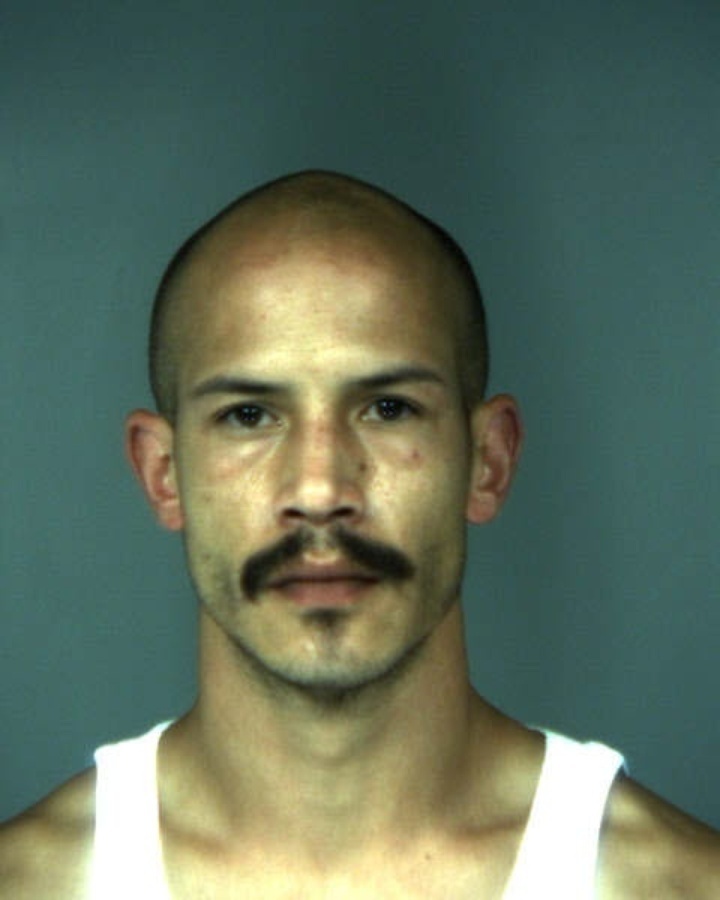 Garcia, 14, was stabbed three times in the P Street apartment where “Nick” Leigl’s girlfriend lived. Leigl was pressed into driving the boy to the hospital, though Garcia claimed he wasn’t seriously wounded and didn’t want to go. He was found the next morning, gasping his last breath, on a lawn on 15th Street.

According to Nick Leigl, Dan Leigl said,  Jesus was trying to get out of the moving car.  His son pulled over at “The Domes” at Myrtle and McFarlan avenues. When he pulled over the boy got out and began walking away.

“That’s what happened,” the father said. “The kid walked up the hill and turned left on the dead-end street (15th Street). My son went home.”

Nick Leigl had gone to visit his girlfriend, Carolyn Snow, on the night of Dec. 16, 2014. Shortly after he arrived three other men came in. One of them stabbed the boy, who was a runaway and had been staying with Snow. According to court testimony, all the males involved are members of the Sureno gang. The other three men are scheduled for trial this month.

Garcia reportedly was stabbed in revenge for telling people that Joe Daniel Olivo III, one of the suspects, had asked for protective custody while in Juvenile Hall.

The other two alleged murderers are Olivo III’s father, Joe Daniel Olivo Jr., and Mario Nunez. Both are hard-core Surenos who were already in state prison when arrested for Garcia’s death.

Dan Leigl said he believes law enforcement is out to get his innocent son because he has never given a statement about his role the night of the killing. He is hopeful now that Nick Leigl will speak with the Eureka police.

At the time of the killing and his arrest, Leigl was working full-time as a delivery man for Aaron’s Furniture. His father said he also was caring for a severely autistic son, and checked on him (the father) three times a day. Dan Leigl is disabled and walks with a cane.

Nick Leigl, his father said, was the kind of guy who would take out the garbage for his old-lady neighbor.

Law enforcement believes Nick Leigl set Garcia up to be stabbed, that his fellow gang members followed him into the apartment to attack the boy. Conflicting testimony has been offered on the time between Leigl entering the apartment and the other men coming in. In one version, Leigl and his girlfriend were in a back bedroom when Garcia was attacked. In another scenario, the other men were right on his heels and the girlfriend saw one with a knife in his hand.

“He didn’t see the people (the killers)” Dan Liegl insisted today. “He was just there to see his girlfriend.”

According to phone records obtained by EPD, Leigl was in phone contact with Olivo Jr. and Nunez in the couple of days before Garcia was attacked.

Nick Leigl was on probation when arrested, though according to testimony it was for a misdemeanor offense. Dan Leigl said his son had been working as a mechanic for someone who was busted for drug-dealing, and “they blamed everything on him.”

Victim Garcia, who was 5 feet 2 inches tall and weighed about 125 pounds, reportedly looked to be about 12 years old. His autopsy revealed punctures in his liver and heart, though he reportedly claimed the wounds were “not that deep” and he didn’t need treatment.

The boy’s mother and sister told Eureka police that he once jumped out of a moving car while being taken to the Probation Department.

Twice Nicholas Leigl has been through a preliminary hearing on the charges, which carry a penalty of life in prison without parole. Defense attorney Michael Acosta filed a motion for dismissal after the first hearing, saying the prosecution hadn’t presented enough evidence.  In October visiting Judge Marjorie Carter agreed and dismissed his case. The District Attorney’s Office refiled. After the second preliminary hearing last week, visiting Judge Arnold Rosenfield said there were problems with the evidence and he couldn’t hold Leigl to answer on a murder charge. He did say there was enough evidence to find the crime was gang-related, and possibly enough evidence to try Leigl for being an accessory after the fact.

Today was a bail hearing before Judge Timothy Cissna.  Nick Leigl has been in jail without bail for 11 months, and defense attorney Acosta asked Cissna to either set “some reasonable bail” or consider a supervised release.

Then Deputy District Attorney David Cristensen announced his office has refiled the murder charge for the third time, and  Cissna refused to set bail.

Christensen indicated that Rosenfield made “legal” findings instead of “factual” findings when he made his ruling.

It’s now up to Acosta, if he chooses, to file another motion to dismiss. Leigl, 34, is scheduled to be arraigned on the new charges next week.