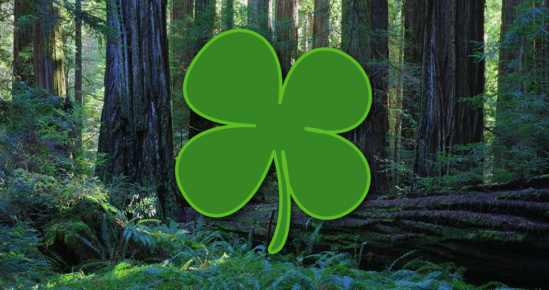 For those in Humboldt looking to pinch someone, your Lost Coast Outpost is always cloaked in teal which is totally on the green spectrum. So back off! That said, we hope Humboldt’s new Uber drivers are up to their first real challenge because … St. Patrick’s Day falls on a Friday, y’all! Dyed-green vomit is especially harsh on upholstery, we hear. We wish the luck of the Irish to ye.

OK, lads and lasses, to ensure that you properly celebrate the legacy of Ireland’s foremost 5th century patron saint, scroll through the full list of drunken gatherings in your Lowdown listings below. But first, some obvious highlights:

Seriously, though, there is much more green to be seen in your Lowdown listings below, including — oh, by the way — a little band called Meat Puppets that just so happen to be playing Humboldt Brews, holiday be damned. Details on that show and more south o’ here.

“We were the wretched refuse on the teeming shore,” Irish prime minister says with Donald Trump in the room. pic.twitter.com/7jEfTVvIzE

Ghosts In Gaelic Green
Old Town Coffee And Chocolates (Old Town) / 7 p.m. / Free
With the rough beauty of its seaside cliffs and ancient ruins and the friendliest people to walk to earth, Ireland is ancient land filled with traditions and legends, and the ghosts and creatures that haunt the Emerald Isle are much a part of the Irish.
445-8600 / carpathian@patientcreatures.com / Web site /

St. Paddy’s Day Party with Vanishing Pints
The Jam / 9:30 p.m.
Inspired by traditional irish music gone punk started by The Pogues, and continued by Flogging Molly, Vanishing Pints bring a blend of covers and originals into the mix of amped up acoustic music.
822-4766 / Web site /

Shamrock Shake Down
Palm Lounge at The Eureka Inn / 9 p.m.-2 a.m. / 21+
“The Humboldt Barbies will be present along with their favorite DJ. Please girls come out dressed as a lucky little sexy leprechaun and make those guys want all your gold!!!!!!!”

Insanity Live
Redwood Lounge / 5:15-6:15 p.m. / $5
Dynamic, cardio-conditioning and athletic training class taught in a format that can be done by all fitness levels and ages.
822-7091 / rec@cityofarcata.org / Web site /

I Am Not Your Negro
The Miniplex at Richards’ Goat Tavern / 7 p.m. / $8 / $6.50 Matinee
This 2017 Oscar nominee for Best Documentary envisions the book James Baldwin never finished - a radical narration about race in America, using the writer’s original words.
630-5000 / Web site /

RLA with Nicholas Dominic Talvola
Westhaven Center for the Arts / 7-9 p.m.
Nick was born and raised in Arcata, California and left for Spain at the age of 20 with a trumpet and a dream; he has lived out of the country for the past 14 years.
677-9493 /

Women of the World
Crescent Elk Auditorium / 7:30-9:30 p.m. / $20 / $12 Students
The a cappella quartet with percussion accompaniment representing Japan, India, Italy, and Haiti will dazzle audiences with their wide repertoire and exploration of rhythms, sounds, and musical vocabulary inspired by their varied cultural backgrounds
464-1336 / dnaca@harborside.com / Web site /