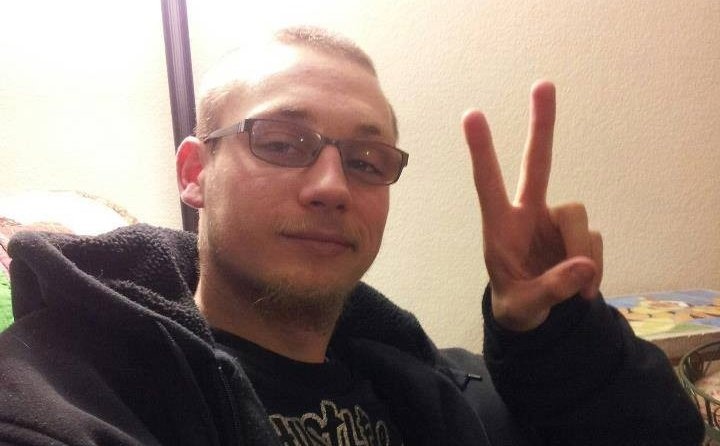 
“I’m going to have to shoot him because of what he is doing,” Stephens recalled thinking right before shots rang out. He also said he had given McClain a clear warning: “I see the gun. Don’t touch the gun or you’ll be shot.” He didn’t know why that warning wasn’t heard on the video recording of the incident, but “I know I told him that.”


Today was the second day of the civil lawsuit filed by McClain’s parents against the city of Eureka and Officer Linfoot. All four of the officers who were on the scene have now testified. The three who actually witnessed the shooting say McClain was aggressively reaching for the gun in his waistband when he was shot dead.


As it turned out, the weapon in his waistband was an unloaded pellet gun. No one can explain what McClain thought he might accomplish with such a weapon.


Stephens was the first officer to speak with McClain. But two others, Officers Ryan McElroy and Stanley Harkness, hiding behind a fence across the street, had been observing him for awhile. At that time McClain was just a nuisance to the police. They were there looking for another man, and McClain was causing distractions. They watched him have an “unfriendly” discussion with a man who parked his pickup across the street from McClain’s duplex on Allard Avenue. Then, when the man walked away, they saw McClain adopt an aggressive posture and start fiddling with something in his waistband.


McElroy and Harkness decided to have Officer Linfoot drive by so McClain would know police were in the neighborhood.


“We thought it was possible (Linfoot) would get Mr. McClain aware that there’s law enforcement in the area and he should probably just call it a night and go home,” Officer Harkness testified.


But Linfoot cruising by apparently had the opposite effect.


“As soon as he passed by I watched Mr. McClain pull a black semiautomatic pistol from his waistband, rack the slide and then put it back in his waistband,” Officer McElroy testified. In the meantime he had texted Capt. Stephens (then Sgt. Stephens) that McClain had a gun. Stephens arrived, fixed a spotlight on McClain and began speaking with him. McClain reportedly challenged him with statements such as “You can’t search me” and “I didn’t do anything.”


McClain was standing near his front porch. Stephens was on the sidewalk, soon to be joined by Linfoot. It’s clear on the video that someone says “Get down here right now,” and also “Keep your hands up.” That was said more than once. Finally you hear “Get down,” and then shots. McClain either lowered and raised his hands once or twice before he was shot, depending on which account is correct.


Stephens said he was trying to persuade McClain to “get down here” to the sidewalk so he could be safely handcuffed.


A video recording from Linfoot’s car captures shouted commands and then the rapid pop-pop-pop-pop-pop-pop-pop of the seven shots Linfoot fired. McClain’s parents, seated in the front row, burst into agonized sobbing when they heard the shots that ended their son’s life. They left the courtroom and returned later.


Plaintiff’s attorney Dale Galipo has suggested repeatedly that McClain might have interpreted the final “Get down” as an order to actually get down on the ground. That might explain why he lowered his hands, Galipo says, because he was starting to lower himself. Linfoot. who says he was the one who said “Get down,” believes this was an “interrupted command.” Interrupted that is, by the fatal shots.


All officers said McClain never acted as though he was starting to drop to the ground. Harkness testified that if police do want a person to literally get down, they would be ordered to go to their knees and then to their chest and stomach.


Galipo asked Stephens today whether he really had planned to shoot McClain, or might just be backing Linfoot up because they both work for the same department.


“If you read my statement (taken the day after the killing) I had made the decision to shoot Mr. McClain,” Stephens said.


As for the actual shooter, Linfoot choked up today when defense attorney Nancy Delaney asked how he felt about his decision. He said he believes he did the right thing.


“I was scared that gun was going to come out and he was going to be able to shoot me or my partners,” Linfoot said. When Delaney asked whether an officer has the “luxury” of waiting until a suspect actually fires, Linfoot said “No, because that can cost you your life.”


Under later questioning by Galipo, Linfoot said he is sorry for the McClain family.


“What I feel is I feel bad for the family and what they’ve had to endure.” he said. “It’s not something I wanted to do; it was something I needed to do.”


The trial continues today with seven jurors remaining. One woman juror had to drop out because of a death in the family, federal Judge William Orrick told those in the courtroom.